The Book of Kings refers to the seventh month of the Jewish calendar – what we colloquially call Tishrei – as the month of the eitanim (I Kings 8:2). The Talmud (Rosh Hashanah 11a) states that it received this name because the patriarchs of the Jewish people – who are called eitanim (powerful ones) – were born in this month.

This leads the Talmud elsewhere to identify Eitan the Ezrachite in Psalms 89:1 as Abraham, the powerful hero who stemmed the tide of polytheism (see Maharsha to Bava Basra 15a).

The Meutzudat David (to I Kings 8:2) writes that Tishrei is called the month of the eitanim because it is an especially powerful month with so many different holidays that one can use towards self-perfection. In other words, Tishrei is when a person can transform himself into a firm, strongly-anchored stalwart. Just as a rock cannot be easily budged, so too a strong believer cannot be easily swayed from his devotion to G-d.

Commenting on the mitzvah of eglah arufah – which must be performed at “Nachal Eitan” (Deuteronomy 21:4) – Rashi writes that “eitan” means strong/hard (and “nachal” a valley/wadi). Accordingly, the place of the ceremony is a rocky locale. Maimonides (Laws of Murder 9:2), however, understands “eitan” to mean strong-flowing (and “nachal” a river).

Rabbi Yehuda Leib Edel (1760-1828) writes that “eitan” literally denotes a riverbank, which holds back waters from passing beyond its threshold. Since this activity takes much strength, “eitan” came to be synonymous with strength and power.

It thus is no wonder then “eitan” appears in the Torah when describing Joseph’s unshakeable righteous prowess (Genesis 49:24) and the rocky habitat of Jethro’s descendants (Numbers 24:21). Rabbi Samson Raphael Hirsch (to Exodus 14:27) writes that “eitan” refers to something strong and durable that has lasted a long time – like bedrock.

Rabbi Shlomo Pappenheim of Breslau (1740-1814) writes that he is unsure exactly how to break down “eitan.” In Yerios Shlomo, he suggests its root is tav–nun, which means give. “Eitan” comes from this root because “eitan” is a concentration of strength that can only be given to a person as a Divine gift.

In Cheshek Shlomo, Rabbi Pappenheim connects “eitan” to the biliteral root aleph-tav, which he further reduces to the monoliteral root tav. He explains that this root means connections and linking. For example, “et” connects a verb to its object and sometimes even means with. Similarly, “ot” (sign) – another word derived from this root – forges a semiotic connection between the sign and the signified. “Eitan” is a concentration of power resulting from extreme compression of multiple components connected together (like in rocks).

Pirkei Avos (4:1) states, “Who is a gibbor (strongman)? He who conquers his evil inclination.” This classical teaching suggests that gevurah (strength/power) is also related to self-control.

Rabbi J. B. Soloveitchik (1903-1993), in his essay “Catharsis,” notes that in the beginning berachos of Shachris we thank G-d twice for the power He has given us. We bless G-d “who girds Israel with gevurah” and we bless G-d “who gives koach to the tired.”

Rabbi Soloveitchik explains that these two blessings recall different aspects of man’s powers. “Koach” is physical strength (which animals also possess), while “gevurah” is man’s ability to transcend the brute instinct of survival.

If “gevurah” entails holding oneself back, then G-d is the ultimate gibbor (see Jeremiah 32:18) because He holds back His anger and gives the wicked much time before punishing them (see Yoma 69b).

Rabbi Pappenheim writes that “koach” is the most general for strength, “chozek” is extra-strength koach – i.e., a non-standard ability; and “gevurah” is an act by which one actualizes one’s koach.

“Eitan,” meanwhile, is inherent qualitative strength (like a rock) while “kabir” is quantitative strength – i.e., something strong because it consists of multiple units banded together (see Rashi to Brachos 8a who associates “kabir” with the power of communal prayer). “Otzem” is a union in which each sub-unit doesn’t necessarily contribute an equal amount of force, while “kabir” denotes a union of equally-powerful components.

Rabbi Yaakov Tzvi Mecklenburg (1785-1865) writes that “koach” is the power of maintaining/preserving a given state, a feat that necessitates withstanding forces that try to break the status quo. “Gevurah,” on the other hand, is a more proactive use of “koach”; it tries not to just withstand opposition but to defeat it entirely.

Alternatively, Rabbi Mecklenburg explains that “koach” denotes mental fortitude and concentration. Hence the Targum’s translation of “koach” in Deuteronomy 8:18 as “eitzah,” which typically means advice. In that context, “koach” refers to the mental strength of being able to think through a problem and decide on a course of action.

Rabbi Mecklenburg also points to the Talmudic discussions of the superlative reward for whoever answers “Amen yehei shmei rabbah” with all his “koach” (Shabbos 119b). The Talmud doesn’t mean that he screams the words as loud as possible. It means he says them with the concentration of all his mental focus (see Rashi and Tosafos there).

As for the word “adir”: Rabbi Pappenheim writes that while someone who is “chazak” is more powerful than somebody else, someone who is “adir” is the most powerful (in a given group). It thus is quite apropos that G-d is described as the most adir of all existence (see Exodus 15:6 and Psalms 8:2 and 93:4).

Rabbi Pappenheim traces “adir” to the two-letter root dalet-reish, which means freedom of motion without constrictions. Rabbi Edel maintains that “adir” is related to “adar”/“hadar” (beauty/glory) because G-d’s acts of strength bring Him honor and glory as they demonstrate His omnipotence. 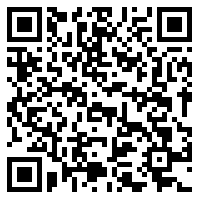