Are chassidic yeshivas giving their students a sufficient secular education? Not according to YAFFED (Young Advocates For a Fair Education), an advocacy group committed to “improving educational curricula within ultra-Orthodox schools.”

Naftuli Moster founded YAFFED several years ago after enrolling in college at age 20. Educated in Belz schools in Brooklyn, he did not understand basic words on the college application form and “could barely keep up” in his Introduction to Biology course.


Moster blames the government for his ignorance. “There is a law in place about the level of education every student of New York State must receive – Education Law 3204 – but no [one in government] enforced it.”

Most chassidic yeshivas offer secular studies for roughly one to two hours daily in elementary and middle school, and not at all in high school. Some don’t offer any secular education at all.

“These boys cannot be expected to go out at age 20, after not receiving basic instruction in English language or reading, and find a job to support their family,” Moster told The Jewish Press. “It doesn’t happen. Parents are supposed to teach their children a trade, or at least give them the ability to learn one…. Children are handicapped for life if they do not receive the education necessary to succeed.”

Many disagree, though, with Moster’s characterization of curricula of chassidic yeshivas. “The issue of regulating curricula in yeshivas has been misrepresented…in an attempt to make it seem as if it’s nonexistent, and that the proposals these advocates are making are the only reasonable path forward,” said Michael Tobman, an independent Brooklyn-based political consultant who regularly works with chassidic communities.

Avi Greensten, who attended Yeshiva Yagdil Torah of Ger for elementary school and Mesivta Beis Yisroel of Ger for high school, said his experience as a graduate of these schools “does not remotely resemble [Moster’s]. Many of my friends and classmates, and thousands of yeshiva students every year, join the workforce and go on to become very successful.”

Greenstein, a member of the executive committee of PEARLS (Parents for Educational and Religious Liberty in Schools), explained that in yeshiva, students study Gemara every day, which gives them practical and critical thinking and computational skills.

“If you ask how much math students learned by the time they graduate, that’s missing the point,” he said. “Look at it qualitatively. Look at the skills they gained that enable them to go forward.” The skills gained through the yeshiva system, says Greenstein, are why so many bachurim “go on to top to law schools and computer-system programs, and more.” Yeshiva learning,” he said, “teaches these skills; they don’t need to be learned from secular subjects specifically.”

Greenstein noted that “every education prepares you for something, not everything.” He added: “That’s the point of higher education. If we are being criticized because our yeshiva students don’t have the skills to be chemists overnight… that’s okay! Our goal is that our students should be bnei Torah and shomrei torah u’mitzvot while gaining the basic education necessary to prepare the child to succeed in the career of his choosing.”

One counterargument to this position is that “only children with a strong business sense, or with other innate strengths, can succeed with little secular background education,” said Rabbi Mayer Schiller, a teacher at Yeshiva University High School for Boys. “That’s not the majority of students,” he noted.

Rabbi Yaakov Bender, rosh yeshiva of Darchei Torah, distinguishes between elementary school to high school. “In elementary school, providing children with a solid secular education that would enable them to go on into the workforce is a must,” he said. But “the level of education needed in high school depends if the students in that school are college-bound or not.”

Opinions on the necessity of secular education aside: Should the government be involved in dictating how much secular education private schools provide? Moster says yes. “Government has to be involved in this issue because it’s a government law.” Education Law 3204 states that minors who are not attending public school must be given an education in science, English, math, physical education and history/social that is equal to that given minors in public schools.

“We’re just trying to get the government to enforce a law that’s already there,” said Moster of his organization.

But “just because there is a law does not mean there is a right,” said Tobman. “It’s not appropriate for the government to have a direct goal or view of the sufficiency of the secular curriculum in private schools. This borders on a religious liberty issue,” he said. “There should be an intermediary between the yeshivas and the SED [State Education Department] that can be open in communication about shared goals, and we already have this good relationship with the Department for years.”

Indeed, Greenstein noted that the Orthodox community has had a long-standing relationship with local government, which workings with organizations like UJO and Agudath Israel, so that when issues or concerns arise, “the government knows that they have a partner to work with.”

Greenstein said, “It is up to a parent what they want their child to look like when they graduate. The government should not be able to dictate this.”

In response to a request for comment from the New York State Education Department, a spokesperson, Emily DeSantis, said it “continues to update its guidance on equivalency of instruction [for private and public schools].” She said this guidance is “still a work in progress, and we will incorporate the latest change in law into our guidance. We hope to finalize the guidance in mid-November and begin implementation immediately thereafter.”

If change does occur in these yeshiva systems, though, it must occur under the façade of “no change,” said Rabbi Schiller. “Once you say that something needs to be changed…the community becomes afraid, and will davka not change.”

Greenstein said any change “must come from a place of real respect for our community.” He added, “We are currently working on improving education in a way that the community wants. There isn’t one institution in the world that is perfect. We’re all a work in progress.” 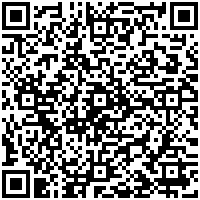