Saipov was charged with with providing material support to the Islamic State (ISIS) terrorist organzization, violence and destruction of motor vehicles. A native of Uzbekistan, he was living with his wife and two children in Patterson, New Jersey when he drove to New York City and — according to his own confession — carried out the deadliest terror attack in New York City since 9/11.


The FBI is now also seeking the assistance of the public in gathering information about Mukhammadzoir Kadirov, 32, a second Uzbek national who has also become a suspect.

The 10-page criminal complaint filed in federal court says that Saipov told authorities he began planning the attack a year ago. On October 22, Saipov rented a truck from Home Depot in Passaic, NJ so he could practice making turns with the vehicle in advance of his attack, the court papers say. He chose October 31, Halloween, for the attack because he believed there would be more civilians on the street for the holiday.

Saipov said he was inspired by the dozens of ISIS videos that he watched on his cell phone.

Saipov planned to strike pedestrians in the vicinity of the West Side Highway and then proceed to the Brooklyn Bridge to continue to strike pedestrians. He told investigators he wanted to kill as many people as he could. He wanted to display ISIS flags in the front and back of the truck during the attack, but decided against it because he did not want to draw attention to himself.

He said that he was proud of what he had done, and requested permission to display the black flag of the Islamic State terror group in his hospital room.

The note found inside the truck he used to carry out his deadly attack was written in Arabic, and read: “ISIS lives forever.”
According to the court papers, the black bag contained three knives and a wallet in which there was a Florida’s driver’s license.

Police also recovered two cell phones and a stun gun from the floor of the truck, as well as a document written in Arabic and English. The Arabic read: “There is no God but Allah, and Muhammad is his Prophet.” and “Islamic supplication: It will endure,” the latter a reference to ISIS.

A search of the two cell phones revealed 90 videos, many of which were ISIS-related propaganda, including one in which ISIS fighters are killing a prisoner by running him over with a tank; there were also 3,800 images, including many pictures of the symbol for the ISIS media wing, pictures of ISIS leader Abu Bakr al-Baghdadi; and a picture of an ISIS member standing next to someone who appeared to have been shot. The second cell phone had an internet search history reflecting a hunt for Halloween in NYC and a search for truck rentals, and for the Home Depot store in Passaic.

Analysts are speculating on whether Saipov may become a candidate for the death penalty. The terrorist murdered eight people, including five citizens of Argentina, one Belgian national, and two Americans; and wounded at least a dozen others, including four in critical condition. 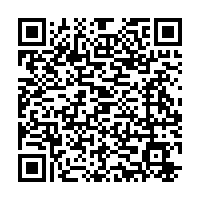