The United States has begun procedures to expel a dozen Russian intelligence personnel from the United Nations headquarters in New York City, it was announced Monday.

The news comes as part of the government’s response to Moscow’s “participation in the atrocities in Syria,” its actions in Ukraine and its assassination attempt with a nerve agent against a former spy and his daughter in Britain, according to U.S. Ambassador to the United Nations, Nikki Haley.

“Separately, ‎President Trump ordered the expulsion of 48 Russian intelligence officers and the closure of the Russian Consulate General in Seattle.

“The President’s decision today shows that Russia’s actions have consequences. Beyond Russia’s destabilizing behavior across the world, such as its participation in the atrocities in Syria and its illegal actions in Ukraine, it has now used a chemical weapon within the borders of one of our closest allies. Here in New York, Russia uses the United Nations as a safe haven for dangerous activities within our own borders. Today, the United States and many of our friends are sending a clear message that we will not stand for Russia’s misconduct,” Haley said. 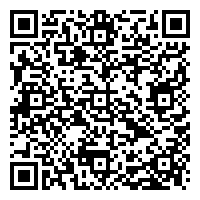