A Jewish-owned apartment was set ablaze Monday night in a firebombing attack in the Yemenite village (Silwan), in the City of David just outside the Old City of Jerusalem.

According to a spokesperson from the Jerusalem Fire Department, the Jewish apartment was caught in the crossfire in a blood feud between two Arab clans, TPS reported.

Where Am I: A Wall 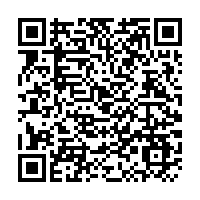