Here’s a look from inside the mammoth vessel before it set out for its new assignment.

The ship arrived none too soon: more than a thousand people have already lost their lives across the Empire State (1,026), and in the Big Apple, the death toll had reached 776 victims — two thirds of the state’s deaths — by the time the ship made harbor.

US National Shutdown Extended
President Donald Trump warned in a briefing this week that that number could grow to six figures before this nightmare ends.

He also extended the national shutdown until April 30, explaining it was important to keep people home and to enforce “social distancing” in order to prevent the spread of the deadly virus.

“They have been warned repeatedly,” he said. “I am comfortable with it at this point.”

The ‘Comfort,’ now docked on New York’s West Side, is expected to provide a major boost to the city’s badly overwhelmed hospitals. 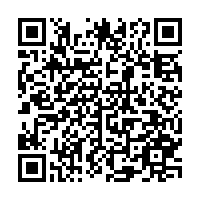