[The full version of this article appears on Sara A. Carter]

Look away for a few minutes and you miss the latest jabs. In one corner is Democratic Rep. Ilhan Omar, spouting and repeating anti-Semitic and anti-Israel smears.

In another corner are old-guard Democrats whose younger party members are proudly waving around their anti-Israel and anti-Semitic bona fides, potentially hurting the party with historically stalwart supporters.

In still another corner there are Omar’s supporters.

They claim Omar is the victim of racism, sexism and whatever-other-isms are available. Many of Omar’s supporters demand to know why she should be forced to apologize for saying wealthy Jews use their influence to bribe congressional members.

In the final corner are the Republicans, gleeful that someone else is finally on the hot seat, accused of spouting bigotry in public.

AIPAC is not actually a PAC at all, so it doesn’t donate any money directly to candidates; and much of the money its biggest supporters donate goes to Democrats.

In the public reprimand issued by Democratic House leadership, Omar was instructed to “immediately apologize” for stepping beyond the bounds of legitimate criticism and descending into “anti-Semitic tropes and prejudicial accusations” about congressional supporters of Israel.

After the reprimand and following a meeting with Pelosi, Omar issued what she called an “unequivocal apology,” stating she “never intends to insult her constituents or Jewish Americans as a whole.”

“My intention is never to offend my constituents or Jewish Americans as a whole. We have to always be willing to step back and think through criticism, just as I expect people to hear me when others attack me for my identity,” said Omar. This is why I unequivocally apologize.”

But Omar’s two-paragraph statement ended with a sharp pivot. Criticized for wrongly suggesting AIPAC gives money directly to political candidates, Omar ends her apology by targeting the influence lobbyists have with politicians.

“At the same time, I reaffirm the problematic role of lobbyists in our politics, whether it be AIPAC, the NRA or the fossil fuel industry. It’s gone on too long and we must be willing to address it.“

According to the records of the Federal Election Commission, last summer Omar received nearly $60,000 from PACs. 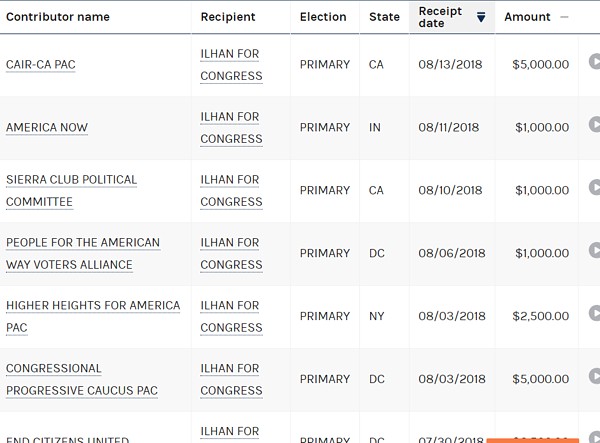 One PAC from which Omar received thousands of dollars in 2018 is the Council on American Islamic Relations. CAIR was named as an un-indicted co-conspirator in the 2009 Holy Land Foundation trial, the largest terrorism-financing trial in American history.

And CAIR not only has a PAC, it is a lobbying organization. On Jan.10, 2019, CAIR hosted the Community Congressional Reception at which Omar spoke.

In all, Omar received tens of thousands of dollars from lobbying groups. None of her money came from AIPAC or the NRA or the fossil fuel industry; That must be a coincidence.

Jennie Taer contributed to this report 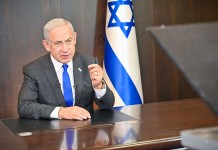