Senior Palestinian Authority (PA) officials met some 80 times with the International Criminal Court (ICC) in an effort to launch a war crimes probe against Israel, an apparent violation of the conditions for US aid.

According to US law, to be eligible for funding from the Economic Support Fund (ESF), the PA must not “initiates an International Criminal Court judicially authorized investigation, or actively support such an investigation, that subjects Israeli nationals to an investigation for alleged crimes against Palestinians.”


Palestinian Media Watch (PMW) reported that the Head of the PA Attorney’s Office for International Legal Cooperation Jamil Sajadiyeh admitted that the PA is actively supporting investigations against Israel at the ICC.

Sajadiyeh told official PA TV last week that “around 80 meetings have been held between Palestine and the ICC, of course with the office of [ICC] General Prosecutor [Fatou Bensouda]. There are nearly 60 cases and letters that have been submitted, all of them telling about the Israeli violations. Monthly reports are being submitted to the ICC via the general prosecutor through the [PA] Ministry of Foreign Affairs.”

Bensouda announced in March the official opening of the ICC investigation into the “Situation in Palestine.”

The Consolidated Appropriations Act, 2014 passed in January 2014 under the Obama administration prohibited Economic Support Fund aid if the PA “initiate an International Criminal Court judicially authorized investigation, or actively support such an investigation, that subjects Israeli nationals to an investigation for alleged crimes against Palestinians.”

The same provision has been adopted every year since, most recently as part of the Consolidated Appropriations Act, 2021, passed in December 2020.

Sajadiyeh’s statement “shows not only that the PA is cooperating with the ICC about an investigation of Israelis, but also the extent of that cooperation – so far at least 80 meetings have been held!” PMW reported.

“There is no doubt that the PA initiated the ICC investigation against Israel. Accordingly, it is clear that the conditions of the 2014 Consolidated Appropriations Act (and the subsequent legislation) have not been met by the PA, and US law prohibits funding the PA from US government ESF aid,” the watchdog organization pointed out. 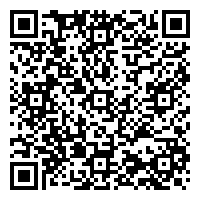