Vice President Mike Pence’s office on Monday announced it had been decided to delay his trip to the Middle East scheduled for Tuesday, to keep him available to cast the tie breaking vote at the Senate on the GOP tax reform bill. The vote has been scheduled for Tuesday, but could be delayed further as some Republican Senators are expected to be a no-show for health and other reasons.

The VP’s trip to the Middle East has now been postponed to January 14.


Pence’s press secretary issued a statement Monday, saying “the largest tax cut in American history is a landmark accomplishment for President Trump and a relief to millions of hardworking Americans – the vice president is committed to seeing the tax cut through to the finish line.”

Pence’s visit was supposed to begin on Tuesday night, with a stop for a meeting with Egyptian president Abdel Fattah el-Sisi in Cairo, followed by a meeting with Israeli Prime Minister Benjamin Netanyahu, a visit to the Western Wall, and a speech at the Knesset.

Pence originally planned to also pay a visit to PA Chairman Mahmoud Abbas in Ramallah, but the latter has since announced Pence was not welcome, because of President Trump’s recognition of Jerusalem as Israel’s capital. 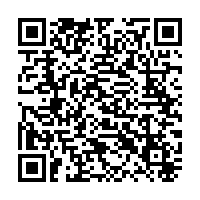