Former CIA Director Mike Pompeo faced resistance from the Democrats on the Senate Foreign Relations Committee over his nomination to succeed Rex Tillerson as Secretary of State, mostly on issues of political correctness. But the committee finally recommended him to the Senate and he should be able to be confirmed, possibly with the endorsement of some Democrats. Once that part is over, according to Israel’s Channel 10 News, citing a senior Foreign Ministry official, Pompeo will arrive in Israel next week, following a stop at the NATO foreign ministers’ meeting in Brussels.

Pompau will meet with Prime Minister Benjamin Netanyahu and other senior Israeli officials, according to the Channel 10 report. As CIA chief, Pompau visited Israel three times, and is known to have close ties with Mossad chief Yossi Cohen.


It is still unclear whether Pompao will also visit the Palestinian Authority during his stay in Israel, in light of the disconnect between the Ramallah and Washington since President Trump’s Jerusalem declaration on December 6.

Several Senate Democrats are disturbed by Pompeo’s remarks about Native Americans, Muslims, women, and gays. Senator Chuck Schumer (NY), the Senate Minority Leader, said he asked Pompeo to recant what he had said about Muslims, Indians, LGBTQ, and Pomepeo “demurred.”

“So, with a clear conscience, I will be voting against Mr Pompeo’s nomination,” Schumer said, noting that “I still believe the president deserves his team, and that disagreements on policy alone are not a sufficient reason to reject a nomination,” but with the stuff the nominee had said about those groups he just isn’t qualified to be Secretary of State.

Pompeo dared to say, after the 2013 Boston Marathon bombing, that “when the most devastating terrorist attacks on America in the last 20 years come overwhelmingly from people of a single faith and are performed in the name of that faith, a special obligation falls on those that are the leaders of that faith. Instead of responding, silence has made these Islamic leaders across America potentially complicit in these acts.”

On LGBTQ, the nominee in 2015 read the following at a “God and Country Rally” hosted by an evangelical church in Kansas: “America had worshiped other Gods and called it multiculturalism. We’d endorsed perversion and called it an alternative lifestyle.”

He also opposes abortion, and will likely enforce his views as policy when confirmed. 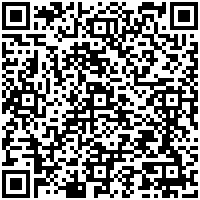