On the very evening of the day Israel celebrated its 70th anniversary, Natalie Portman, the Israeli-born Hollywood superstar, chose to make public her rejection of one of the most prestigious prizes Israel bestows every year for “outstanding achievement by individuals who have attained excellence and international renown in their chosen professional fields [who] embody the character of the Jewish people”.


This past November Natalie Portman was selected to be the recipient of the Genesis Prize in a moving ceremony scheduled for June. Known as Israel’s Nobel Prize and established by Mikhail Fridman and other wealthy Russian-Jewish businessmen in partnership with Israel’s Prime Minister’s Office and the Jewish Agency, the Prize grants the awardee $1 million– this year raised to $2 million – to distribute to a charity of his or her choice.

Portman startlingly announced her exodus, informing the committee at this late date, recent events “forced her to reconsider” and she’s no longer willing to come to Israel to receive an award from the land of her birth and her people. Without going into specifics, she made clear that she could not “in good conscience” move forward with it. Officials believe her decision to cancel is in response to Israel’s recent deadly shooting of Palestinian protestors who demonstrated on the Gaza border earlier this month. Her move has been praised by the Boycott, Divestment and Sanctions movement.

The Genesis Prize foundation sadly announced it will be forced to cancel its ceremony and although the $2 million will still be distributed to Israeli women’s rights groups, Portman will no longer decide where the money goes.

Israel’s minister for culture and sports, Miri Regev, denounced Natalie Portman’s decision to decline an award in her homeland of Israel over politics. “I was saddened to hear that Natalie Portman has fallen as a ripe fruit in the hands of BDS supporters,” she stated, associating the actress’s decision to cancel with the Boycott, Divestment and Sanctions movement against Israel. “Natalie, a Jewish actress who was born in Israel, now joins those who refer to the success and wonder of the rebirth of Israel as ‘a tale of darkness and darkness.'”

Regev’s reference was to the Oscar winner’s 2015 directorial feature debut A Tale of Love and Darkness, an adaptation of the autobiographical novel by Israeli author Amos Oz that was shot in Jerusalem. Perhaps more appropriate is the observation of Ankala V Subba that “Gratitude comes in a spectrum of colors, but Ingratitude is always black.”

A meaningful award meant primarily to be apolitical has now become so politicized that leaders of the BDS movement gleefully publicize Portman’s rejection as indicative of the world’s outrage over Israel’s handling of a terrorists group with the stated aim of destroying all of Israel, incited to push through a protective fence and carry out its nefarious goals.

Portman clarified her remarks on Friday, saying, “My decision not to attend the Genesis Prize ceremony has been mischaracterized by others. Let me speak for myself. I chose not to attend because I did not want to appear as endorsing Benjamin Netanyahu, who was to be giving a speech at the ceremony. By the same token, I am not part of the BDS movement and do not endorse it.”

But the damage was already done. PACBI, the academic and cultural arm of the BDS movement praised Portman’s move: “After decades of egregious human rights violations against Palestinians, Israel’s recent massacre of peaceful protesters in Gaza has made its brand so toxic that even well-known Israeli-American cultural figures, like Natalie Portman, now refuse to blatantly whitewash, or art-wash, Israeli crimes and apartheid policies,” it said in a statement.

Selected for great honor as exemplifying Jewish values, Natalie Portman has only brought shame upon herself by her actions. No one demands of her perfect agreement with all of Israel’s policies; she is allowed to feel that Israel is imperfect. But that is no reason to make a decision that plays into the hands of Israel’s enemies and is interpreted by many as a form of abandonment of her country. She would have exemplified the true spirit of the award if she would’ve taken to heart the moral of a powerful story told about one of the previous awardees.

A former winner of the Genesis prize was Itzhak Perlman, the renowned violinist. To understand how to react in response to imperfection is the remarkable tale, perhaps apocryphal — but instructive nevertheless — surrounding a concert given by him. It was on the night of November 18, 1995, that Perlman came on stage to give a concert at Avery Fisher Hall at Lincoln Center in New York City.

The audience sat quietly as Perlman, stricken with polio as a child, slowly walked across the stage with crutches and braces on his legs.

During this concert, something went wrong. Just as he finished the first few bars, one of the strings on his violin broke. You could hear it snap. There was no mistaking what he had to do. People thought he would have to get up, put on his leg clasps, pick up the crutches and limp his way off stage—to either find another violin or else find another string for this one.

But he didn’t. Instead, he waited a moment, closed his eyes and then signaled the conductor to begin again. The orchestra began, and he played from where he had left off. And he played with such passion and such power and such purity as they had never heard before.

It is impossible to play a symphonic work with just three strings. But that night Itzhak Perlman refused to acknowledge that. You could see him modulating, changing, recomposing the piece in his head. At one point, it sounded like he was de-tuning the strings to get new sounds from them that they had never made before.

When he finished, there was an awesome silence in the room. And then people rose and cheered. The entire audience was on its feet, screaming and cheering, doing everything they could to show how much they appreciated what he had done.

He smiled, wiped the sweat from his brow, raised his bow to quiet everyone, and then he said—not boastfully, but in a quiet, pensive, reverent tone —”You know, sometimes it is the artist’s task to find out how much music you can still make with what you have left.”

Itzhak Perlman magnificently coped with imperfection. That is a masterful message for all of us. Natalie Portman suddenly saw what she perceived – erroneously, I might add – as an imperfection in her homeland, and she chose a demeaning, damaging manner in which to respond to a beautifully extended kindness.

More than Natalie Portman refused the Genesis prize, her refusal makes abundantly clear that she was never deserving of it in the first place. 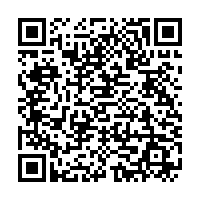