U.S. Attorney for the Western District of Pennsylvania Scott W. Brady announced Sunday that Pittsburgh synagogue shooting suspect Robert D. Bowers, 46, has been charged with 29 felony counts, including 11 counts of use of a firearm to commit murder, and 11 counts of obstruction of the exercise of religious beliefs resulting in death.

Bowers has also been charged with four counts of obstruction of exercise of religious beliefs resulting in bodily injury to a public safety officer, three counts of use and discharge of a firearm during a crime of violence, and 13 counts of ethnic intimidation (hate crimes).


He is currently hospitalized in “fair condition with multiple gunshot wounds,” according to Pittsburgh public safety director Wendell Hissrich.

The alleged shooter was still ranting anti-Semitic epithets as he was taken into custody. He told the SWAT operator while receiving medical treatment that he wanted “all Jews to die,” and that he believed Jews were “committing genocide to his people,” according to the criminal complaint reported by CBS News.

At least 11 people were murdered in cold blood and six others wounded, including two critically, during his attack on the synagogue and subsequent shootout with police. Two of the injured are members of the SWAT team and two others are Pittsburgh Police officers.

Throughout the entire 20-minute assault on the congregation, Bowers was shouting “All Jews must die,” while firing at his victims. Investigators believe he acted alone.

The New York-based Anti-Defamation League says the massacre is the “deadliest attack against the Jewish community in U.S. history.” It comes at a time when the ADL has reported a historic increase in anti-Semitic incidents and harassment in the U.S. 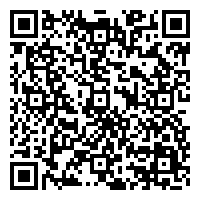