Are you planning to be in Jerusalem this Wednesday? If so, you may want to rethink those plans. Think ‘traffic jams.’


But the traffic snarl expected to result from his visit will start much earlier in the day as police begin to shut down major arteries to allow his motorcade to pass through safely.

Many roads in the capital will be entirely shut down during Biden’s 48-hour visit. All private aircraft (including drones) will be banned from the airspace in and around the airport and the capital.

Biden is expected to tour various security systems — including an Iron Dome aerial defense missile battery, and the new Iron Beam laser rocket defense system — at the airport itself, so as to shorten precious travel time and ease traffic conditions.

The president will then travel to Jerusalem and will visit the Yad Vashem Holocaust Memorial center.

Route 1 — also known as the Jerusalem-Tel Aviv Highway, will be closed between the airport-area Shapirim Interchange, and the entrance to Jerusalem, police said. Traffic will be rerouted to Routes 44, 444 and 443.

Traffic around King David Street, where Biden and his entourage will be staying, is likely to be snarled at best, shut down temporarily off and on throughout the visit.

But police said they expect traffic disruptions to ripple across the entire central district, with roadblocks distributed throughout.

Police control centers and hotlines are to be activated from Wednesday through Friday, police said.

Security arrangements for the visit, officially titled “Blue Shield 3,” are set to include more than 16,000 police officers, Border Police officers and volunteers.

The main highway connecting Jerusalem and Tel Aviv is expected to close for hours in both directions beginning early Wednesday afternoon.

Biden is scheduled to visit the Augusta Victoria Hospital on the Mount of Olives, where the Arab healthcare system works hand in hand with Israeli healthcare providers. He will then travel to the Palestinian Authority city of Bethlehem, a three-minute distance from Jerusalem’s southern outskirts, where he will meet with Palestinian Authority leader Mahmoud Abbas.

“We’ve worked with Israel, Egypt, Qatar and Jordan to maintain the peace without permitting terrorists to rearm,” the president wrote in a Washington Post op-ed published Saturday.

“We also rebuilt US ties with the Palestinians. Working with Congress, my administration restored approximately $500 million in support for Palestinians, while also passing the largest support package for Israel — over $4 billion — in history,” he wrote, and claimed credit for the first direct conversation in five years this weekend in a phone call between Lapid and Abbas.

“On Friday, I will be the first president to fly from Israel to Jeddah, Saudi Arabia,” he wrote, calling the flight a “small symbol of the budding relations and steps toward normalization between Israel and the Arab world, which my administration is working to deepen and expand.

“In Jeddah, leaders from across the region will gather, pointing to the possibility of a more stable and integrated Middle East, with the United States playing a vital leadership role,” he wrote.

Biden ended his op-ed with the observation that he will be “the first president to visit the Middle East since 9/11 without US troops engaged in a combat mission there,” adding, “It’s my aim to keep it that way.” 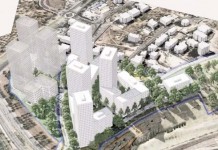 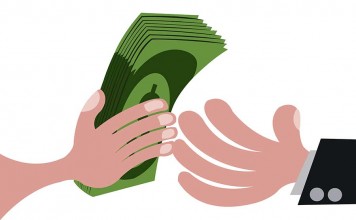 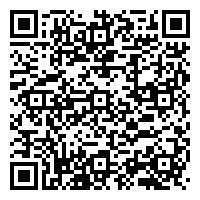