Israel’s President Isaac Herzog on Sunday received the credentials of the new US Ambassador to Israel, Thomas R. Nides, at an official ceremony at the President’s Residence in Jerusalem. He called it a “special pleasure” to host the new Ambassador and “light the eighth and final Hanukkah candle with you.”

The two men held a working meeting immediately after delivering statements to the press.


President Herzog surprised Ambassador Nides by inviting to the ceremony the principal from his old Hebrew school in Duluth, Minnesota, Elizabeth Aloni. “She remembers you as a young adolescent. You might not remember her, but she remembers you. Tom—this must be where your great Hebrew comes from!” he said.

The president told the ambassador it was a “true privilege and honor” to open his official home to him, saying the People of Israel “welcome your with open arms and an open heart.”

Speaking about a “shared vision and common values,” the president said his family has personally been engaged and involved with more than 14 successive American presidents.

“Growing up in the United States, I was strongly influenced by the spirit of the Constitution, by its social diversity and by the great tradition of your democracy,” he said.

The president also raised the issue of Iran, telling the new ambassador that “without a doubt, the greatest challenge Israel and the United States face is the common threat posed by Iran.

“We are closely following the international community’s recent negotiations with Iran. Israel will welcome a comprehensive, diplomatic solution which permanently solves the Iranian nuclear threat.

“In the case of a failure to achieve such solution, Israel is keeping all options on the table and it must be said that if the international community does not take a vigorous stance on this issue—Israel will do so. Israel will protect itself, he said. 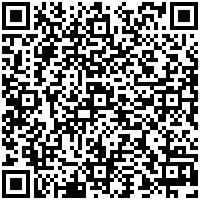