Mossad chief David Barnea arrives in Washington on Sunday to meet with US officials on Iran.

The moves comes after the conclusion of a seventh round of talks between the Islamic Republic and world powers aimed at reviving the 2015 JCPOA nuclear deal canceling international sanctions in exchange for restrictions on Iranian nuclear development.

The United States withdrew from the pact in 2018, with President Donald Trump labeling the agreement a “bad deal.”

Barnea will meet with officials from the Biden Administration in an effort to convince the US not to seek an interim deal that would allow Iran to skip compliance with the original agreement.

In addition, the Mossad chief will reportedly urge the US to support international sanctions against Tehran.

However, Barnea will also warn the US that Israel will not be bound by provisions reached in any agreement – meaning Israel will act if necessary against the country and its nuclear program.

Iran has repeatedly vowed to destroy the Jewish State.

Envoys from the UK, France and Germany said in a joint statement this weekend that talks with Iran are near collapse.

“Tehran is walking back almost all of the difficult compromises crafted after many months of hard work,” the statement said. “Over five months ago, Iran interrupted negotiations. Since then, Iran has fast-forwarded its nuclear program. This week, it has backtracked on the diplomatic progress made.”

Israeli Prime Minister Naftali Bennett said Sunday in his opening remarks to the weekly government cabinet meeting that Iran must be punished for its violations of the nuclear agreement.

Moreover, he said Tehran should be told there can be no negotiations on a new deal while its scientists continue to enrich uranium.

“Iran must start paying the price for its violations,” the prime minister said. He called on the envoys engaged in the talks to “stick to a firm line and make it clear to Iran that it is impossible to simultaneously enrich uranium and negotiate.”

Under the JCPOA, Iran was required to restrict enrichment of its uranium production to a maximum of 3.67 percent, the level used for most civilian functions.

That is a short step away from weapons-grade purity levels, but according to a report by Iranian state media last month quoted by Reuters, the country’s scientists are enriching uranium to a far higher level – 60 percent.

Iran Announces Increase in Stockpile of 60% Enriched Uranium, to 25 kg

“So far, we have produced 25 kilograms of 60 percent uranium which, except for countries with nuclear weapons, no other country is able to produce,” said Behrouz Kamalvandi, spokesperson for the Atomic Energy Organization of Iran, according to report on November 6 by Reuters.

Iran had already announced this past June that it was enriching uranium at 60 percent purity levels. The country’s government said it had already produced 6.5 kilos of 60 percent enriched uranium – far less than the 25 kilos of the nuclear fuel produced by Iran as of November.

Uranium must be enriched to 90 percent to produce a nuclear weapon, and it’s a very small step to enrich the fuel to that level once it has already reached 60 percent purity. 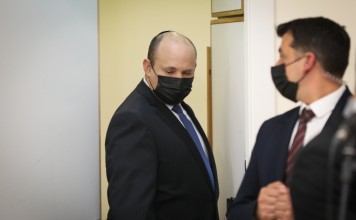 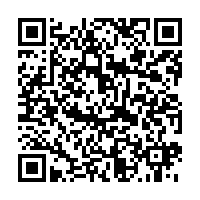