US Representative Rashida Tlaib (D-MI) has caught up with two of the other members of “The Squad” in formally endorsing Independent Vermont Senator Bernie Sanders for the 2020 Democratic presidential nomination.

The fourth member of this elite little group of freshman Democratic Congress members, Ayanna Pressley (D-MA) is sitting this one out so far.

Bernie Sanders Endorsed by ‘The Squad’ for Democratic Presidential Nomination

In her endorsement video, Tlaib offered appropriate drama, ethnic pathos and the sweet charm of a young girl looking up to an older ‘uncle’ figure.

“Amo Bernie is what I like to call him … ‘Amo’ means ‘Uncle’ in Arabic,” she explains with a shy smile.

“Uncle Bernie’s” platform includes a liberal panoply of treasures for those who believe dreams come true, such as:
• Medicare for all
• A ‘Green New Deal’
• Increasing taxes for the rich, and
• Cancelling all student loan debts.

What it is unlikely to include is any reasonable support for the State of Israel in its dealings with the Palestinian Authority, let alone its struggle against the terrorist threats on its border with Gaza. It’s completely impossible to know what Sanders would do if faced with a decision on whether to allow aid for Israel in the case of an attack from Iran and its proxies in the north. But the senator’s selection of staff provides some clues — and they don’t bode well: most are shining stars in the world of anti-Israel advocacy.

The senator has worked exceptionally hard, in fact, to burnish his credentials as the ‘not-so-Jewish, ‘don’t worry about me’ candidate with Jewish ancestry. All of which, of course, has made him exceptionally attractive to The Squad.

With a little catch in her voice and moist eyes, Tlaib tells the camera, “My family has never, ever really come together on a lot of political issues, honestly, after the passing of my father.

“But Amo Bernie seems to be able to unite us.” Tlaib looks up, apparently inspired, and her smile brightens.

And, cut. On the screen is the message in a soft pink cherry font, “join the movement.” Below in smaller, unobtrusive, light black letters, the required notice, “Paid for by Bernie 2020.” 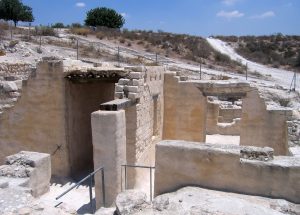