U.S. Sen. Bernie Sanders (I-Vt.), who is running for the 2020 Democratic presidential nomination, said on Tuesday that, if elected, he would be even-handed on the Israeli-Palestinian conflict and even leverage U.S. funding “to end some of the racism” in Israel.

“All that I have ever said on this issue [the Israeli-Palestinian conflict], is that U.S. foreign policy should be even-handed. That’s all—even-handed,” he said in response to a question at a New Hampshire town hall meeting from an activist affiliated with the anti-Israel group IfNotNow, which has been approaching Democratic candidates as representatives of the Jewish community and asking them about ending the so-called “occupation” of the West Bank.

Sanders continued, saying “we respect Israel. Israel has every right to live in peace and security, but so do the Palestinian people. And as somebody who is proudly Jewish, to be critical of a right-wing Netanyahu government in Israel is not to be anti-Semitic.”

He added that “the United States government gives a whole lot of money to Israel, and I think we can leverage that money to end some of the racism that we have recently seen in Israel.”

IfNotNow then edited the senator’s reply “in a deceptive and misleading manner in a video and press release the organization published shortly thereafter,” omitting “Sanders’ expression of respect for Israel from its press release and his placing blame for the situation on Palestinian leaders, in addition to Israeli officials from both its press and video releases,” according to Democratic Majority for Israel.

“While I disagree with some of Senator Sanders’ remarks today regarding Israel, I’m appalled that IfNotNow, an organization that does not recognize Israel’s right to exist in any borders, deceived the public by selectively editing Sanders’ remarks to conform to their strictly anti-Israel agenda,” said Democratic Majority for Israel president and CEO Mark Mellman. “The group removed Sanders’ accurate assessment that ‘the fault is not all with Israel. You got very poor and corrupt Palestinian leadership’ and omitted Sanders’ statement that ‘we respect Israel’ from a release that was presented as a full accounting of what Sanders said.”

“This is the just the latest example of IfNotNow’s effort to mislead the public and forge a false, anti-Israel narrative. Deceptively editing our political leaders, particularly a potential future president,is a disservice to all Americans,” continued Mellman. “By virtue of their extreme positions and their dishonesty, IfNotNow has forfeited a place in the conversation. They should immediately correct the record and apologize to the American public for their dishonesty.” 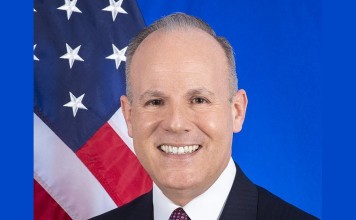 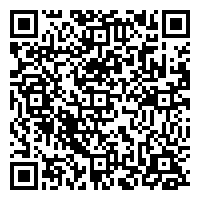