A number of missiles hit the T4 Syrian military airbase in the Homs province early Monday morning, but no one is taking the credit for launching the missiles. Arab media reports that 12 people were killed and 30 wounded in the strike.

Syria is pointing the finger at the US, but the US Department of Defense denied the accusation and said they are not conducting air strikes in the Syria.


Yesterday, US President Trump promised that there would be a “big price to pay” for the Syrian chemical attack in Douma that
murdered at least 40 people, mostly women and children. Trump explicitly blamed Assad, giving enough reason to believe that this was a US response to Assad’s use of chemical weapons. Last night there was also talk in the US about preparing for a strike on Syria.

Syrian media claims they were able to shoot down some of the missiles.

If it was the US, they would be taking a page out of Israel’s playbook of not taking credit for attacks in order to reduce the likelihood of escalation, in this case escalation with Russia. It may also indicate that this strike was a one-off event, so that the US could check-off that they didn’t leave a chemical weapons attack unanswered. Trump wants to pull all US troops out of Syria, and Israeli PM Benjamin Netanyahu believes that Iran and Russia will completely take over Syria once the US does that.

There is also speculation that Israel was behind the attack.

Or Heller of Israel’s Channel 10 points out that T4 was the base that Iran used to launched the drone on February 10 of this year, which led to a series of events culminating with an Israeli F-16 getting shot down by a missile. 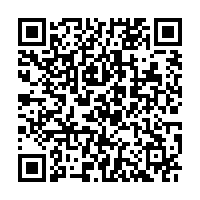