Israel’s Defense Forces are on high alert and Israeli leaders were in conference most of the day on Saturday following the downing first of an Iranian military drone in northern Israel, followed by a direct hit on an Israeli F-16 that forced two Israeli pilots to eject from the aircraft, miraculously over Israeli territory.

The latter event took place following the most serious attack on Syrian and Iranian anti-aircraft batteries since 1982.

The drone was spotted in the wee hours of Saturday as it was headed towards Israel’s northern border.

At about 4:30 am an IDF Apache helicopter successfully intercepted the Iranian UAV, or drone, that had been launched from Syria and infiltrated Israeli territory.

“The aircraft was identified by the Aerial Defense Systems early on and was under surveillance until the interception,” the IDF said in a statement. “In response, IDF attacked the Iranian aircraft’s launch components in Syrian territory.”

Later, also in response to the Iranian drone was intercepted by the IDF, Israeli Air Force aircraft struck three aerial defense batteries and four other Iranian targets that are part of Iran’s military establishment in Syria.

During the attack, an Israeli F-16 fighter jet was shot down, forcing its two pilots to eject from the aircraft. One was seriously injured; he was rushed to Rambam Medical Center in Haifa.

“The Syrians and the Iranians, from our point of view, are playing with fire,” said IDF spokesperson Lt.-Col. Jonathan Conricus. “The Syrians are playing with fire when they allow the Iranians to attack Israel from their soil. We are willing, prepared, and capable to exact a heavy price on anyone that attacks us. However, we are not looking to escalate the situation.” 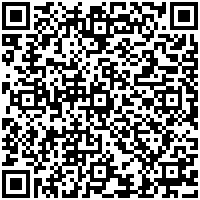