The U.S. subsidiary of the Israeli Teva Pharmaceuticals Industries Ltd. soared on Sunday at the Tel Aviv Stock Exchange (TASE), after the company won approval last week from the Food and Drug Administration (FDA) of its generic version of the EpiPen auto-injector for emergency treatment for those suffering with allergic reactions. Teva shares skyrocketed last Thursday on the New York Stock Exchange after news of the FDA approval was announced.

Frantic parents in the United States have been reporting a nationwide shortage of the original Mylan NV “brand” EpiPen. Both the Mylan “brand” version and the upcoming generic EpiPen are pre-loaded with life-saving medication and injected into a person’s thigh to instantly stop a deadly allergic reaction, also called an “anaphylactic” reaction.


Mylan NV company officials said the U.S. shortage began back in May, but did not explain to journalists the reason for the lack of supplies. The firm has been scrutinized in the past several years due to the skyrocketing price of the device.

“Today’s approval of the first generic version of the most-widely prescribed epinephrine auto-injector in the U.S. is part of our longstanding commitment to advance access to lower cost, safe and effective generic alternatives once patents and other exclusivities no longer prevent approval,” said FDA Commissioner Scott Gottlieb in a statement. “This approval means patients living with severe allergies who require constant access to life-saving epinephrine should have a lower-cost option, as well as another approved product to help protect against potential drug shortages.”

The generic EpiPen, an epinephrine auto-injector, is to be marketed in 0.3 mg and 0.15 mg strengths, according to the statement by the FDA.

Teva Pharmaceuticals Launches Generic EpiPen for Children in US 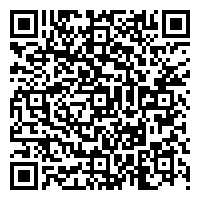