It appears the Iranian mullahs have figured out how to grow little terrorist sleeper cells among the general population in the United States.

The video was downloaded and translated by the MEMRI (Middle East Media Research Institute) project.

The words of the song, according to MEMRI, include an oath to be a martyr (“shaheed”) “one day when you need me.”

The video was also posted to the Facebook and YouTube social media accounts of the Islamic Education Center of Houston but was later removed.

The children perform the song in English and Farsi. The song’s lyrics say: “[Khamenei] is calling on his children, his soldiers… In spite of my age, I will be your army’s commander…May my father and mother be sacrificed for you, I will sacrifice everything for you…I make an oath to be your martyr, Ali.”

The song’s original Farsi lyrics include a pledge to follow in the footsteps of IRGC Qods Force Commander General Qasem Soleimani, who was killed in a US airstrike in 2020.

In February 2019, the Islamic Education Center of Houston had held a ceremony marking the 40th anniversary of the Islamic Revolution in Iran. At the ceremony, children sang: “Khamenei is our leader, we are his soldiers. . .

“In spite of my age, I will be your army’s commander. Don’t look at my young age.

“A very long time has passed. Every nation is full of tears. Don’t worry about it, O my Allah. Your soldiers are here without fear.” 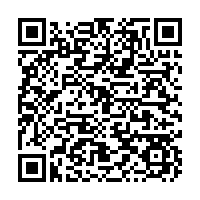