US Special Representative for Iran and Venezuela Elliot Abrams arrived Sunday in Israel, where he is meeting with top-ranking government leaders in Israel and Gulf Arab states this week to discuss final strategies on Iran.

Abrams’ arrival in Israel came in preparation for another visit by US Secretary of State Mike Pompeo, who is expected to arrive in the Jewish State on November 18 and then fly to visit several Gulf nations. Pompeo’s visit will also deal with sanctions that the United States wants to advance in the two months leading up to the inauguration of Democrat Joe Biden as the 46th president of the United States.

Abrams is also expected to meet with Defense Minister Benny Gantz and Foreign Minister Gabi Ashkenazi, according to Walla! News.

The Trump Administration is coordinating with Israel and Arab nations to impose tough new sanctions on Iran before the clock runs out by January 20, the inauguration date for Joe Biden to become America’s 46th president.

According to sources who spoke with the Hebrew-language Channel 13 news team, it is believed by both Israel and the Gulf nations that Biden will lift as many sanctions as possible in order to reboot US diplomatic efforts with the Islamic Republic over its nuclear program.

However, Abrams said he plans to announce a number of new sanctions to be imposed on Iran each week from this point on, until January 20.

The sanctions will target Iran’s missile program, its support for terrorist proxy groups, and its human rights violations. These targets, it is believed, will make it difficult for Biden to roll back most of these sanctions. The Trump Administration believes Biden will lift many sanctions linked to the JCPOA nuclear deal in an effort to bring Iran back to the table.

“The goal of the Trump Administration is to impose sanctions that Biden cannot lift,” said an Arab official involved in the negotiations who spoke with Channel 13 news.

“The goal is as many sanctions as possible by January 20,” an Israeli official affirmed.

After visiting Israel, Abrams is expected to travel to the United Arab Emirates and Saudi Arabia, the two main allies of the Trump Administration and of Israel in the fight against Tehran. Both the Emirates and the Saudis say they are very concerned about the policy to be adopted by the incoming Biden Administration on the Iranian issue. 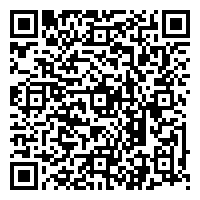