WASHINGTON – Is the Obama administration preparing the ground for an Iran nuclear deal – one in which both sides can claim victory?

Wendy Sherman, the top U.S. negotiator, in an unusually detailed and optimistic speech on Oct. 23, for the first time suggested that the pieces of a deal were in place and all that was needed was Iranian willingness to wrap it up by the Nov. 24 deadline.


“I can tell you that all the components of a plan that should be acceptable to both sides are on the table,” Sherman, an undersecretary of state, said at a Center for Strategic and International Studies symposium here on the talks.

“We have made impressive progress on issues that originally seemed intractable. We have cleared up misunderstandings and held exhaustive discussions on every element of a possible text.”

The United States and other major powers have said that a deal would have to include a tough inspections regime, disabling a plutonium reactor at the Arak nuclear facility and a sharp reduction in Iran’s enrichment capability.

Sherman named the capability condition as the sticking point of “this painstaking and difficult negotiation.”

Alireza Nader, an Iran analyst at the Rand Corp., a think tank that has advised the Pentagon, said Sherman was referring to a “red line” laid down over the summer by Iran’s supreme leader, Ayatollah Khameini, when he said Iran would not dismantle any of its more than 19,000 centrifuges. Of those centrifuges, more than 9,000 are believed to be operational.

The U.S. reportedly wants that reduced to 4,500 centrifuges, which it believes will keep Iran from reaching weapons breakout ability.

“I’m not sure Iran is going to stick with that maximalist position,” said Nader, who said that in the wake of Sherman’s speech he would not rule out a deal by Nov. 24.

Mark Dubowitz, the director of the Foundation for Defense of Democracies think tank who has helped shape congressional sanctions on Iran and been a skeptic of the talks, said there could be creative workarounds in which both sides could claim victory on the centrifuges issue.

For instance, Dubowitz said, the pipes connecting the majority of the centrifuges could be removed and placed under supervision or destroyed. Under this plan, the Iranians could claim that all 19,000 centrifuges remained in place, while the major powers would be able to say that only a limited number are operational.

“I think President Obama clearly wants a deal, and has instructed the negotiators to get a deal, and has floated a number of creative proposals to accommodate the supreme leader’s red lines,” Dubowitz said.

Notably, Israel and its U.S. advocates appear to have gently backed away from a previous insistence that Iran not be allowed any enrichment capacity.

Yuval Steinitz, the intelligence minister who has been Prime Minister Benjamin Netanyahu’s point man in making Israel’s case abroad on Iran, no longer explicitly calls for an end to enrichment in his advocating for a deal that would keep Iran from breakout capacity.

In an Oct. 19 op-ed article in The New York Times, Steinitz instead insisted that any deal should provide “clarity” on “the quantity and quality of Iran’s remaining operational centrifuges” and “the final destiny of its remaining centrifuges and their infrastructure.”

Notably, the American Israel Public Affairs Committee in its latest talking points memo on Iran also backed away from explicit calls for an end to enrichment. 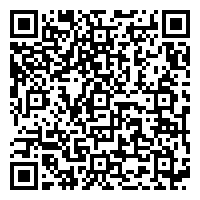