Omar Barghouti, founder and leader of the anti-Israel Boycott, Divestment and Sanctions movement, was denied from entering the United States on Wednesday.

He was informed by airline staff at Ben-Gurion International Airport in Israel that U.S. immigration officials told the American consul in Tel Aviv to block him from boarding the flight.

Barghouti scheduled a speaking tour at places including Harvard and New York universities; meetings with policymakers in Washington, D.C.; and an appearance at a bookstore owned by Temple University professor Marc Lamont Hill, who was fired from CNN in November after addressing the United Nations, where he called for Israel’s annihilation.

He was also planning to attend his daughter’s wedding.

The decision to deny Barghouti entry may be part of a larger crackdown on BDS in the United States.

House Republican lawmakers are launching a discharge petition to force a vote on the House floor on a Senate bill that would allow state and local governments the right to punish state or local contractors from engaging in boycotting Israel. To date, 27 U.S. states that have adopted laws designed to penalize boycotts against Israel.

“The ties are extensive and quite serious,” Marc Greendorfer, founder of the Zachor Legal Institute, told JNS. “Some of the BDS groups, like Dream Defenders, send members to the Middle East to meet directly with terror groups like the PFLP [Popular Front for the Liberation of Palestine], and there has been testimony before Congress that financial backers of Hamas are also providing support to BDS groups.”

The BNC leads and supports the BDS movement, and according to Barghouti, “sets the overall strategies, the objectives of the movement.” The BNC has been linked to the U.S.-designated terror group the Popular Front for the Liberation of Palestine.

According to Canary Mission, Barghouti has “expressed support for terrorism, promoted anti-Semitic conspiracy theories and regularly demonizes Israel. He opposes the Jewish right to self-determination and Israel’s existence, openly calling for its destruction as a Jewish state.”

Born in Qatar and raised in Egypt, Barghouti holds two degrees in electrical engineering from Columbia University and resides in Israel. 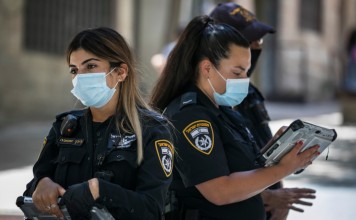 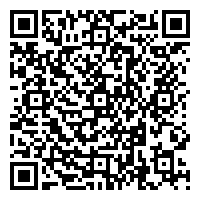