The White House said that Palij, born in today’s Ukraine, was trained by the Nazi SS in 1943 and served as an armed guard at the Trawniki labor camp.


The Trawniki concentration camp was set up by Nazi Germany in the village of Trawniki, some 25 miles southeast of Lublin, after the Nazi invasion of the USSR, to hold Soviet POWs. 12,000 Jews were imprisoned at Trawniki, and 6,000 of them were massacred on November 3, 1943 by the auxiliary units of Polish Nazi sympathizers and the Polish police.

Palij immigrated to the US in 1949, and was granted US citizenship in 1959 after lying about his Nazi past to the Immigration and Naturalization Service, according to the White House.

In 2003, a federal judge revoked Palij’s US citizenship for lying to the INS, and in 2004, another US judge ordered his deportation. A mere 14 years later, that order was carried out to the letter.

Attorney General Jeff Sessions said in a statement on Tuesday: “The United States will never be a safe haven for those who have participated in atrocities, war crimes, and human-rights abuses.”

Under the War Crimes Act, Nazi war criminals are not prosecuted in the US, because their crimes were committed overseas, when they were not yet US citizens, and the victims would never become US citizens. Instead, they are tried for lying about their Nazi past when applying for US citizenship and are deported to any relevant European country interested in prosecuting geriatric Nazis.

There’s an abundance of nursing homes in Münsterland, Germany, and one of them has just become home to a 95-year-old Nazi who once participated in murdering 6,000 Jews in one day. If comedy is tragedy plus time, this story should be plenty funny. It’s obviously not, which means we need a lot more time.

Where Are You Ari Fuld? 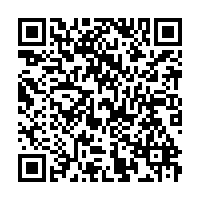