The US State Department has ordered families of US Embassy personnel to prepare to evacuate from the country starting this Monday, according to a report by Fox News.

Quoting “US officials,” the news outlet said Americans were also being encouraged to leave Ukraine by way of commercial flights.


Russia has said it has “no plans to invade” Ukraine, but its actions have given NATO members cause to believe otherwise.

Moscow has sent at least 100,000 troops to the border between the two countries, leading to fears Russia may soon invade, despite denials by Foreign Minister Sergei Lavrov in what he and US Secretary of State Antony Blinken last week said were “frank talks.”

Late Friday night an initial shipment of ammunition arrived in Ukraine from the United States to supply Ukrainian soldiers who are on the front lines. US officials said small arms ammunition comprises most of the 200,000 pounds of the “lethal aid” being sent by the US to support the Ukraine military.

US-manufactured Javelin anti-tank missiles are also expected to arrive in a few days from US military stockpiles and the Baltic NATO states, according to Fox News.

Russia is demanding NATO never accept Ukraine as a member, that no Alliance weapons be deployed near Russia’s borders, and that NATO will withdraw its forces from central and eastern Europe.

Blinken and Lavrov are set to continue talks on the issue after Washington submits a formal response to the Russian demands.

“You can choose the path of diplomacy that can lead to peace and security, or the path that will lead only to conflict, severe consequences and international condemnation,” Blinken said in a briefing Friday with reporters.

He added that America will respond “severely” to any invasion of Ukraine. The US and its NATO allies have threatened new sanctions if Russia takes military action against its neighbor. 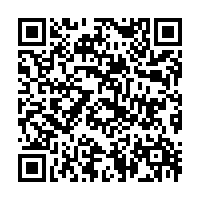