Jason Greenblatt, the US’ Special Representative for International Negotiations, harshly criticized the Palestinian Authority (PA) for its policy of paying salaries to terrorists and their families, a policy he said was detrimental to the Arabs themselves.

In a series of tweets, he slammed the PA’s priorities, which he said brought “more harm to Palestinians and to peace.”

He charged that “again and again and again, the PA ignores the countries that graciously donate assistance for the Palestinians by INCREASING its funding of its DESPICABLE “Pay to Slay” program BY OVER 11% in the first months of 2019. Why do the donor countries tolerate this?”

This vast sum is a rise of 11.8 percent compared to 2018 and is being paid out in a period that the PA claims it is facing financial failure.

“Will donor countries continue to ignore the PA using their budget support to continue their REPREHENSIBLE “Pay to Slay” incentive to MURDERERS? Over $65 MILLION through 5/2019 (more than $13million monthly) to TERRORISTS,” he demanded.

Assailing the PA’s budgeting priorities, he asked “what government prioritizes terrorists over police? PA increased pay to murderers by over 11% at the same time as they slash pay to their government workers and police. More harm to Palestinians and to peace!”

The PA has not fully paid its employees in recent months due to a supposed financial crisis it has blamed on Israel and the US, while fully paying the terrorists and their families.

Furthermore, the PA “has prioritized murderers over medical care for its citizens – the PA Ministry of Finance shows over 11% increase in the DESPICABLE “Pay to Slay” incentive at the same time they STOPPED PAYING FOR CANCER CARE FOR PALESTINIANS in Israel. For Shame!”

PA Chairman Mahmoud Abbas and PA officials have reiterated on several occasions that they will use their available funds, first and foremost, to pay the salaries to terrorist prisoners and to dead terrorists, the so-called Shahids (Martyrs).

Finally, he attacked the PA for the message it was conveying through its policy of paying terrorists.

“This is what the PA stands for? Paying the families of murderers – like the two who broke into the Fogel home and stabbed 5 people to death, and the murderer who stabbed 13-year-old Hallel Ariel in her bedroom, and the terrorist who shot pregnant Shira Ish-Ran killing her baby during Hanukkah,” he concluded. 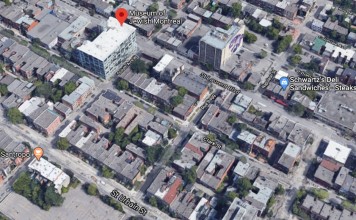 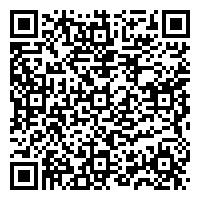