Secretary of State Mike Pompeo warned Sunday that any nation or other entity who sells arms to Iran will be sanctioned by the United States.

“The United States is ready to use its national authorities to sanction any individual or entity that contributes materially to the supply, sale and transfer of conventional weapons to Iran,” Pompeo said in a statement.


“No nation that desires a peaceful Middle East should contemplate arms sales with Iran — every weapon the regime buys will be at the disposal of its radical ideology. We are prepared to use domestic authorities to sanction individuals or entities contributing to these arm sales,” he said.

The warning came in response to a gleeful statement by Tehran declaring that the longstanding United Nations embargo on arms trade with the Islamic Republic has expired effective October 18 under the terms of the UN resolution that confirmed the 2015 JCPOA nuclear deal between Iran and world powers. The United States withdrew from the deal in 2018.

Tehran said it could now purchase weapons from Russia, China and elsewhere, hailing the development as a diplomatic victory over its enemy, the United States.

“As of today, all restrictions on the transfer of arms, related activities and financial services to and from the Islamic Republic of Iran . . . are all automatically terminated,” the Iranian Foreign Ministry said in a statement.

“As of today, the Islamic Republic may procedure any necessary arms and equipment from any source without any legal restrictions, and solely based on its defensive needs.”

Three days ago, Pompeo also reiterated America’s promise that it will never allow Iran to achieve a nuclear weapon – the deadliest weapon of all.

The U.S. will never allow the world's leading state sponsor of terror to have the world's deadliest weapon—and yes, we can prevent it and will. pic.twitter.com/1eQ58P9YFx 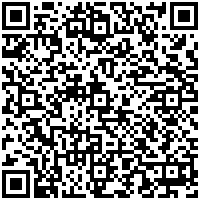