US Senators Ted Cruz (R-Texas), Tom Cotton (R-Ark.) and Congressman Mike Gallagher (R-Wisc.) on Tuesday introduced companion bills establishing that it shall be the policy of the United States to recognize Israel’s sovereignty over the Golan Heights.

In a statement, Cruz said that the US has “been committed for over 40 years to ensuring Israel’s security from attacks emanating from across the Golan Heights. The threat Iran poses to America and Israel requires acknowledging the reality of Israel’s control over the territory as a matter of national security.”

The bill states in part that “it is in the United States national security interest to ensure that Israel retains control of the Golan Heights [and that] the Syrian regime of Bashar al-Assad faces diplomatic and geopolitical consequences for its killing of civilians, the ethnic cleansing of Arab Sunnis, and the use of weapons of mass destruction.”

Gallagher tweeted that he was “proud” to introduce the legislation and that “with threats from Russia and Iran growing inside Syria, it’s more important than ever to ensure our ally Israel has defensible borders.”

Israel gained control of the strategically important Golan Heights during the 1967 Six-Day War. After Israel briefly lost territory during the 1973 Yom Kippur War, Israel and Syria established a United Nations-monitored cease-fire line in the region.

In January, Prime Minister Benjamin Netanyahu met with US National Security Adviser John Bolton and raised the issue of the US’ recognition of Israeli sovereignty over the Golan Heights. 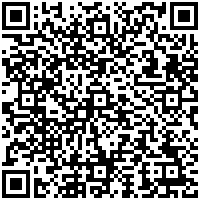