The Food and Drug Administration (FDA) is set to ban Juul e-cigarettes in the United States, according to a report Wednesday by The Wall Street Journal.

On a separate note, the FDA is also moving ahead on a plan to force tobacco companies to eliminate nearly all the nicotine in cigarettes – a move that is expected to wreak havoc on the market.

Tobacco companies are expected to fight the measure if the mandate is issued, which could take years, thus delaying implementation of the ban.

The agency has spent the past two years reviewing data provided by the company which has been fighting to keep its tobacco and menthol-flavored vaping products on the market.

JUUL Labs Inc. found itself in the crosshairs in 2018 when its successful kid-friendly marketing strategy, aimed at the younger population, was blamed for a jump in vaping by minors.

At that time, the FDA issued more than 1,300 warning letters and fines to retailers who illegally sold JUUL and the e-cigarette products of four other companies to minors: Vuse, Blu, MarkTen XL and Logic.

Warning letters were already being sent in April 2018 to retailers, along with fines.

In 2020, the FDA barred the sale of all sweet and fruit-flavored e-cigarette cartridges.

JUUL Products Already Banned in Israel
By the end of the summer, the State of Israel had banned JUUL products altogether, and the company was fighting the issue in Israel’s Supreme Court.

The ban was approved by then-Prime Minister Benjamin Netanyahu, a year after recommendations by Israel’s attorney general and several local medical associations, citing the high nicotine content in JUUL products.

A statement by the Health Ministry said the product was banned because it contained nicotine at a concentration higher than the permitted 20 milligrams per milliliter (it had 59 mg) and posed “a grave risk to public health.”

Similar restrictions were implemented in Europe, although JUUL products are still available in France, Italy, the UK, Philippines and Canada.

Last year, the FDA also denied marketing applications for some 55,000 flavored “electronic nicotine delivery system” products from three companies, saying they lacked evidence of benefit to adult smokers “sufficient to overcome the public health threat posed by the well-documented, alarming levels of youth use of such products.” 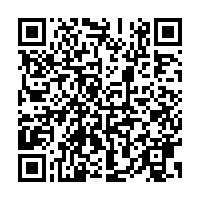