Electronic cigarette manufacturer Juul Labs Inc. filed a petition in the Supreme Court on Thursday, requesting the Court block a ban signed Tuesday by Prime Minister Benjamin Netanyahu, prohibiting the sale of the company’s products in the country.

Juul claimed the legislation was discriminatory, targeting only its company and ignoring similar products containing equal or higher amounts of nicotine, such as Solaris, marketed by Philip Morris in Israel and Spain; the product is sold in the United States under the name “MarkTen.” However, the nicotine content in Solaris is unknown inasmuch as it is not listed on the company’s website.

The Globes business news site said it contacted Phillip Morris to request the above information but received no reply.

The ban was approved after a three-month campaign against the e-cigarettes and similar products by Deputy Health Minister Yaacov Litzman and others in the Health Ministry.

Israel’s attorney general and several local medical associations recommended restrictions on the product at least a year ago.

This past Tuesday, the Health Ministry announced its ban on the import and marketing of Juul electronic cigarettes due to the product’s high nicotine content.

Juul cartridges contain 59 milligrams of nicotine for every milliliter of liquid. The content nearly triples Israel’s legal limit of 20 milligrams per milliliter. 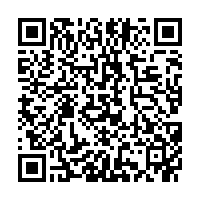