Thousands have taken to the streets in the South American nation of Venezuela, where clashes are still in progress between pro- and anti-government demonstrators following a coup that has overthrown the government of Nicolas Maduro.

Venezuela’s opposition leader Juan Guaido, the President of the National Assembly, declared himself the country’s interim president on Wednesday. The Venezuelan Congress declared Nicolas Maduro to be an illegitimate president due to fraud in the election, according to Reuters. The new leader was immediately recognized by the United States, the first nation to do so.

The citizens of Venezuela have suffered for too long at the hands of the illegitimate Maduro regime. Today, I have officially recognized the President of the Venezuelan National Assembly, Juan Guaido, as the Interim President of Venezuela. https://t.co/WItWPiG9jK

The move came after former President Nicolas Maduro was sworn into office for a second term two weeks ago, igniting clashes in the streets between pro and anti-government demonstrators. Within the day, Maduro ordered American diplomats to leave Venezuela within 72 hours and announced the suspension of diplomatic ties with the United States.

Today @POTUS announced the U.S. officially recognizes Juan Guaidó as the Interim President of Venezuela. To @JGuaido & the people of Venezuela: America stands with you & we will continue to stand with you until #Libertad is restored! pic.twitter.com/4W3hlGplql

“We hope that Nicolas Maduro will accept peaceful transition of power in Venezuela . . . That he will accept the will of the people to move his country forward and embrace their new president, Judan Guaido.” 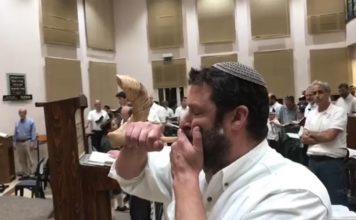