Jerusalem’s Mayor Moshe Leon on Tuesday night held the traditional reception for the heads of the city’s religious communities at City Hall at Safra Square, celebrate every new year.

The special event was attended by Chief Rabbi of Jerusalem Rabbi Aryeh Stern, the Greek Orthodox Patriarch of Jerusalem Theophilus III, Father Francesco Patton of the Catholic Church, Chairman of the Council of Muslim Leaders in Israel Sheikh Muhammad Kiwan, the heads of the city’s churches, Muslim community leaders, ambassadors and consuls.


The traditional event, which has been the city’s custom for over three decades, highlights the tolerance and coexistence among members of all faiths in Jerusalem.

All those who spoke at the event emphasized their commitment to promoting the constructive interfaith dialogue of coexistence and tolerance, alongside the preservation of freedom of worship and the status quo.

Leon stated that “Jerusalem is a beautiful mosaic of different religions, communities, and cultures. Just as every colorful stone has a place and all of them create a unique picture – so does Jerusalem. All of its lovers have a place and all together create a picture of the most unique city in the world – Jerusalem.”

Relating to the recent location of several embassies to the capital, Leon vowed that “every country that will transfer its embassy to the capital of Israel, Jerusalem, will receive close guidance in the process from me and from the Jerusalem municipality.”

Rev. David Parsons, Vice President and Senior International Spokesman for the International Christian Embassy Jerusalem and who attended the event, told TPS that the gathering signified the value of having religious leaders come together annually and emphasized the tolerance and coexistence in the holy city. 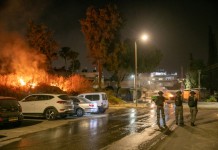 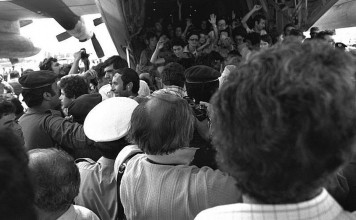