The Jewish National Fund (KKL-JNF), an Israel-based Public Benefit Company, and US citizens living in Israel have filed a lawsuit in Washington, D.C. that exposes a conspiracy between the Education for a Just Peace in the Middle East (USCPR), a US-based nonprofit, and Hamas and other terror organizations.

The lawsuit, “Keren Kayemeth LeIsrael-Jewish National Fund, et al vs. Education for Just Peace in the Middle East dba US Campaign for Palestinian Rights,” is the first litigation filed related to the launching of incendiary terror balloons and kites from Hamas-controlled Gaza to Israel, attacks which have caused severe damage to nature in the area around Gaza.


The litigation seeks to hold USCPR liable for conspiring to provide financial aid and other substantial assistance to Hamas, as well as other organizations that make up the Boycott National Committee (BNC). The BNC supports the Boycott Divestment and Sanctions (BDS) campaign, which in turn supports terror against Israel, the complaint says.

The litigation asserts that the defendant, USCPR, has funneled online donations to the BNC, the umbrella organization that steers and coordinates the global activities of the BDS movement, knowing that in doing so they are supporting and sponsoring known terror groups.

The lawsuit further alleges that USCPR has materially supported the groups responsible for incendiary terror balloons and kites launched from Hamas-controlled Gaza into Israel.

The lawsuit also seeks to bring justice to three American families that have suffered from attacks coming from Gaza.

The litigation seeks to hold USCPR civilly liable for providing material support to Hamas and other terrorist organizations and enabling them to engage in acts of international terrorism that injured the American plaintiffs by serving as their fiscal sponsor.

The suit also charges USCPR with conspiring to cause damage to property, trespassing, creating a public nuisance and interfering with the business operations of KKL-JNF.

“With this lawsuit, we’re exposing the link between organizations masquerading as human rights organizations, but who use donations to advance the campaign of terror against Israel including through BDS, perpetrated by terror organizations like Hamas and supported by US charities,” stated KKL-JNF World Chairman Daniel Atar.

Atar accused Hamas of “committing hideous environmental terror against Israel’s nature and wildlife, devastated by these fires. Hamas and the other Foreign Terror Organizations have proven once again that their attacks upon Israel lack any sense of humanity, both towards human beings, wildlife and natural resources.”

In recent years, terrorist organizations have shifted their tactics and have begun launching incendiary devices such as arson balloons and kites to wreak havoc on the communities in the Gaza area as well as the environment and ecological system. The fires have ignited more than 2,155 fires between March 2018 and August 2019 and have burned more than 8,750 acres of land, including farmland, forests and nature reserves. The damage is estimated at $35 million, with $15 million directly caused by the fires.

Adv. Yifa Segal, Executive Director of the International Legal Forum (ILF) who is Of Counsel in the case who was instrumental in developing the evidentiary basis for the litigation, stated that “this landmark case exposes a shocking and multi-layered planned conspiracy and campaign aimed at manipulating the public and hiding the key role played by designated Foreign Terror Organizations in efforts which are cynically designed to appear seemingly grassroots and legitimate, while masking an international terror campaign.”

“The public, as well as decision-makers worldwide, have the right to the truth and must be made aware 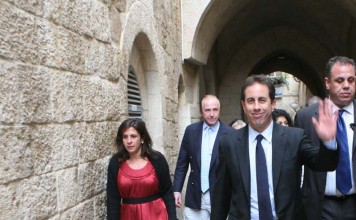 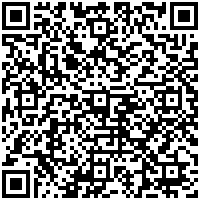