William Shatner, the Jewish actor who personified Captain James T. Kirk in the “Star Trek” television series and movies, blasted off for real on Wednesday, Oct. 13 as an invited guest of Jeff Bezos’ Blue Origin, together with three crew members.


Shatner, age 90, is the oldest man ever to have traveled in space, on the NS-18 mission for the 18th flight of a New Shepard rocket.

“The most profound experience,” Shatner told Jeff Bezos, opened the capsule and greeted the four astronauts upon their return.

“What you see is black,” Shatner said. “And what you see down there is light.

“The vulnerability of everything — this air t hat is keeping us alive is thinner than your skin,” Shatner observed, his voice choked with emotion. “It’s immeasurably small. It’s negligible, this air. This is life, and that is death,” he said, pointing to the atmosphere above. “That’s what I saw.”

This was the second crewed mission for Blue Origin, following the first flight by Jeff Bezos himself on July 20, with three crew members.

Before the flight, Shatner described his expectations.

Somewhere out there, Leonard Nimoy — the late Jewish actor who played Kirk’s best friend and First Officer Spock — is smiling. 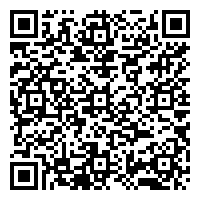