As a unique show of thanks to IDF soldiers, the Haredi superstar Yaakov Shwekey performed on Wednesday, January 2, in front of thousands of fans at Tel Aviv’s Nokia stadium in Yad Eliyahu, on a special night honoring IDF soldiers.

“I’ve come to sing here tonight to show my gratitude to all the Israeli soldiers who work so hard to defend the Jewish state,” Shwekey told the audience.


Shwekey also sang a new song that he composed especially to thank the for the soldiers for all that they do to make the country safe.

Shwekey’s most famous song is Rachem, composed by Pinky Weber. The lyrics are from the grace after the meal, asking God to have mercy on the Jewish nation and the city of Jerusalem. Shwekey described this song: “It’s a prayer. It’s not just a song. We connect with God and ask Him to have mercy.”

Back in August, 2007, Shwekey and singer Avraham Fried were scheduled to perform together in Jerusalem, in commemoration of the 40th anniversary of the reunification of the city. Leading Haredi Rabbis signed forbidding participation in the event. Yaakov responded saying that he had permission from Rabbi Ovadia Yosef, and both Shwekey and Fried went on to perform at the concert. 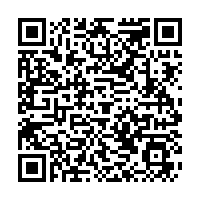