Residents of Du-Pia Street in Rehovot, Israel, recently petitioned their City Hall to change the name of their street, which they believe is not respectable.


Du-Pia means a two-mouthed hose, which, way back when, was considered a technological achievement significant enough to justify naming a street after it.

Don’t belittle the magnitude of this time saving invention. Using a hose that points in two opposite directions at once saves half the time when watering one’s lawn. In a country where it is crucial to water the lawn while the air is still cool enough, so the water won’t evaporate as soon as it leaves the hose, this is a big deal.

“I think the name is derogatory, we deserve a street named in honor of a great Zionist leader, or a fallen hero,” Du-Pia Street resident Israel Sela told MyNet.

Another resident added: “I think it’s a badge of shame to the municipality. Never mind that we were not included in picking the name, but now, after so many complaints, we’re yet to receive a satisfactory answer.”

Some elected officials consider the name to have historic value, which is why they refuse to let it be changed.

You see, there is a local dispute among several towns and villages, including Givat Brenner, Kvutzat Schiller, and Akron, over who deserves the credit for the invention of the name.

“Differences of opinion around the street name have not been resolved to this day,” concludes the note from the Rehovot municipality, which is, incidentally, home of the Weizmann Institute of Science, where many useful inventions are added every day. 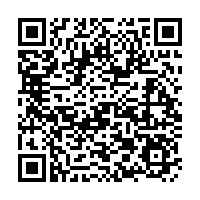