Russell Robinson, the Chief Executive Officer of the Jewish National Fund, joins Yishai. Together they discuss the difference between Jews living in Israel and those living in the United States and how important it is to make Israel appealing for all Jews.  They move to talk about how JNF helps give North American Jews a voice in Israel and Robinson outlines the various projects that the JNF are involved in including projects in the Negev and also in the Galilee.  They end the segment by discussing those that perform fire watches on the JNF forests planted around Israel and how their involvement in this program is creates proud, Zionist, Jews.
Yishai Fleisher on Twitter: @YishaiFleisher
Yishai on Facebook

Not Just For The Birds 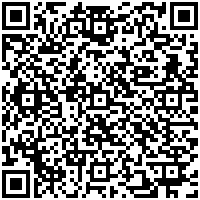