Yours truly trolls the web day and night so you won’t have to (especially if you’re detained at CitiField). Armed with a good search engine and the key word “Jewish” I roam and roam and pick and collect. And this time I admit I’m stomped, and would love to get an explanation from someone.

Here’s the text that accompanies this image on the Pentagon-run website DefenseImagery.mil:

I looked into it and it turns out that while most of us keep Yom Ha’Shoah on the 27th of Nisan, unless the 27th would be adjacent to Shabbat, in which case the date is shifted by a day, usually back to Thursday – there is an official American tradition I had known nothing about, the Holocaust Days of Remembrance, from April 15 at 12:00 a.m. until April 22 at 11:30 p.m.

This is all so well organized, so legalized, so, dare I say, Germanic… No idea why they don’t keep it from midnight to midnight, though. The Warsaw Ghetto uprising lasted from April 19 to may 16, so no obvious link there.

But wait, there’s still another mystery: what are those coconut pyramids, the traditional Jewish dessert?

Well, plugging the entire phrase in Google, and it took me to a page of Passover recipes, where they explained how to prepare, among other savory, chometz-free goodies, Coconut Pyramids. In other words – coconut macaroons, the stuff that I’m used to swallowing a can at a time when no one’s watching on those late Chol Ha’Moed nights.

And I was already thinking about Hebrew slaves amassing coconut pyramids in the desert. 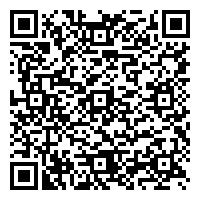