For the record, I’m a huge fan of Sarah Silverman and have been following her career forever, watched her Jesus movie on Netflix, followed two seasons of her sitcom on Comedy Central, absolutely loved her bit on the Aristocrats movie, and caught her act whenever possible. Unlike, say, Jon Stewart, or Adam Sandler, whose entire Jewish thing is about making funny cheh sounds, and Jerry Seinfeld, whose Jewish thing is, basically, Presbyterian, I believe Silverman is on a par with the serious Jewish-American comics of the day, Larry David and Richard Lewis.

This is because all three comics have pain in their comedy, and they use it to make us laugh so hard, our kishkes get shpilkes in our shkolniks.


Jewish Author Shalom Aleichem was funny because he took the repression and poverty of life in the pale of settlement in Czarist Russia and turned them into hilarious scenes. We laugh because it’s so sad. That’s Jewish comedy.

And so, to start, I believe Rabbi Yaakov Rosenblatt missed the point when he was attempting to counsel Sarah Silverman on how to become happy and fulfilled as a woman. Because if our comics had any idea at all, or the inclination, really, to be happy and fulfilled, they wouldn’t be exposing themselves on a bare stage with nothing but a mike and a cutting tongue to protect them from drunken hecklers at two in the morning.

I tried it one summer in New York, I have no idea if the good rabbi ever did. Believe me, I have good reasons to admire Sarah Silverman, but to expect her to be a happy mother is like expecting (insert funny noun) to be happy (insert inappropriate verb).

And although I agree that the You Tube clip attempting to seduce Billionaire Sheldon Adelson was offensive, it was also funny and angry and a legitimate political attack. What folks on the right should do is come up with equally funny and effective clips — may I suggest a certain aging Hollywood star who enjoys talking to empty chairs.

Having said that, let’s talk about motherhood and babies, because, soon enough, the 170 comments on Rabbi Rosenblatt’s article veered away from dealing with the gifted comic and settled on the idea of compulsory child bearing for modern American women.

Or at least that’s what you’d think Rosenblatt was advocating, to judge by those comments. Which, of course, he didn’t. He only suggested (I’m paraphrasing because it’s more fun that way) that women by nature are hard-wired to be married and bear children, which is why some young girls start planning their weddings at age 7 and have the albums to show for it.

Put aside sentiment and politics, let’s talk economics. Here are a few of the leading countries in the world in terms of real Gross Domestic Product growth annually.

I propose that Argentina’s astonishing growth economically has everything to do with the fact that it has three times more people being born than dying.

Even Israel, with a very good 4.8 real GDP growth rate, shows the same healthy trend: with 18.97 births per 1000 and only 5.5 deaths. In fact, Israel’s situation is even better than most because of its excellent medical services. Also, Israel isn’t showing the same stunning growth rate as, say, India, because our economy here has been pretty fabulous for some time, and so we are higher up the bell curve.

Now check out some liberal Western democracies, with self-fulfilled, emancipated women who have better things to do than get married and pregnant:

The Enemy Within – Phantom Nation [audio] 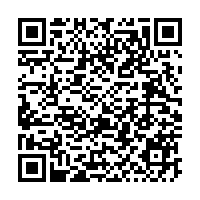