After quitting his Queens House seat disgraced by “texting,” former Congressman Anthony Weiner and his wife Huma Abedin, a top aide to Secretary of State Hillary Rodham Clinton (whom Michelle Bachman accused of being part of a Muslim Brothers conspiracy, seeing as her brother is a Muslim Brother—like her father and her mother, who are also Brothers—this is so Abbot and Costello) have acquired what the NY Post describes as a $3.3M “sprawling, 12th-floor Park Avenue trophy residence” which is owned by Rosen Partners LLC, which the Post says is headed by a close Clinton friend, Jack Rosen.

Rosen, chairman of the American Jewish Congress, has been a guest at the Clinton White House, and, according to the Post, flies the Clintons in his private plane, and has invested heavily in both Bill and Hillary Clinton’s election campaigns over the years.


Rosen has also contributed heavily to Weiner’s campaign, but that’s water under the Queensboro Bridge.

And Rosen has bundled half a million dollars for the Obama reelection campaign.

So now Rosen is giving Hillary’s most favorite Muslim and her photogenic Jewish husband a gift in the form of a 2,120-square-foot, four-bedroom, 3.5-bathroom apartment, worth between $12,000 and $14,000 a month.

My budget wonk Republican friends, who’ve been insisting I give serious consideration to Paul Ryan’s platform (the one Mitt said he fully endorsed but isn’t accepting completely because he hasn’t read it yet—I’m only quoting Jon Stewart here, I’m not reading that stuff, it’s August, for heaven’s sake) – anyway, they will be stunned to discover that Weiner, who is basically unemployable for a while yet, and lost his $174,000 House salary, and Huma, who makes $155,000 annually, give or take, can pay this kind of money for a home at 254 Park Ave. South, near East 20th Street.

They should be able to afford something closer to the east Village, where you can still find a one-bedroom for $2,000. So, yes, this must be a handout.

Don’t jump to conclusions, or some angry lawyer will send you a threat letter, typed on on the flip side of the bill of rights…

“They are a two-income family and are more than capable of paying their market-rate rent,” he said.

I’ll bet he had to practice saying that with a straight face in front of a mirror.

What two-income family? Weiner has been doing this and that since he had done this and that. His friends say he does consulting.

Here’s something he could consult on: How to live in a Park Avenue four-bedroom apartment when you’re unemployed.

Federal officials are not allowed to receive gifts, certainly not gifts worth $160,000 a year.

Michelle Bachman should get off the Muslim Brothers menace thing and check instead into what could allegedly, according to the NY Post, we didn’t say it but, hey it was practically implied by them: good, old fashioned, all American corruption.

OK, corruption involving a Muslim and two Jews, but all of them American. 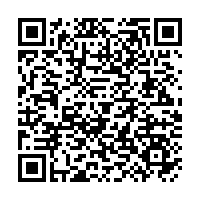