Ah, those peaceful olive pickers and the Things they do with rocks….

On Saturday, at noon, local Jews out on a walk at the Aner springs west of the village of Neria in Samaria were attacked by dozens of Arabs throwing rocks, Tazpit reported. The official reason for the Arabs to be in the area was the olive harvest. What can be more peaceful than the olive harvest? And yet, despite the peaceful properties assigned to the olive, despite all those olive branches everywhere – those Arab olive pickers put down the olives and picked up the rocks.


We Jews sometimes would do that to people, get in them the urge to throw things at us.

IDF soldiers from the Duchifat Battalion of the Kfir Brigade were sent to control the situation. During the search for the stone throwers, one Arab tried to run over a soldier with his vehicle.

The sporting Arab was kept by police for questioning and later released.

Local resident told Tazpit that this is not the first incident where Jews on a harmless walk are attacked near the Aner springs. They say two months ago some Arabs threw broken glass pieces into the spring pools so Jewish bathers get cuts while in the water.

Here’s an image of the local Jews when they’re not being attacked by violent local Arabs at the Aner springs.

I believe this is a metaphor for the Zionist endeavor here since the mid 1800s. This is what we look like when no one attacks us. 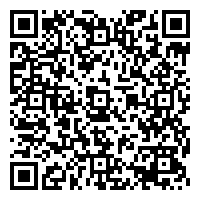