According to the “Translating Jihad” blog, Dr. al-Haj explains why female circumcision is recommended and even “an honor” for women. This is the practice known as female genital mutilation (FGM).


According to the UN World Health Organization (WHO), FGM ” has no health benefits for women,” and causes “severe bleeding and problems urinating, and later cysts, infections, infertility, as well as complications in childbirth.”

The Translating Jihad blog was established in 2010 to provide translations of Arabic-language news, opinion, and fatwas related to Islamic intolerance, totalitarianism, and jihad.

According to TJ, Dr. al-Haj, a medical doctor and fellow at the American Academy of Pediatrics, justifies his position by referring repeatedly to the words of classical Islamic scholars from the four schools of mainstream Sunni Islamic thought, all of which attest to FGM’s legitimacy under Islam. He also refers to the words of the Prophet Muhammad himself, who reportedly counseled people in his day on how to perform FGM in a way that would be “more beautiful to behold and better for [the woman’s] husband.” 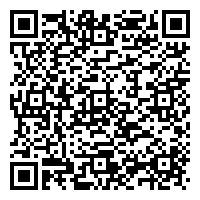