According to the Midrashic works Chuppas Eliyahu and Pirkei Rabbeinu HaKadosh, there are eight Hebrew words for food: “ochel,” “dagan,” “shever,” “tevuah,” “tenuvah,” “yevul,” “bar,” and “mazon.” As we shall see in this essay, these words are not totally synonymous.

1) “Ochel”/“maachal” is the most general of the words. Indeed, many grammarians point out aleph-kaf-lammed can mean, not just eating, but consuming and destroying too, such as by fire (Exodus 3:2 and 24:17) or sword (Deuteronomy 32:42 and Jeremiah 46:10). Rabbi Shlomo Pappenheim of Breslau (1740-1814) actually traces “ochel” to the two-letter root kaf-lammed, which means utter destruction (“kilayon”).


2) “Mazon” means specifically food that provides sustenance. Its root is either zayin-nun (according to Menachem Ibn Saruk and Rabbi Pappenheim) or zayin-vav-nun (Ibn Chayyuj, Ibn Janach, and Radak), but all agree as to its general meaning.

Ibn Janach writes that produce is called “tevuah” because it comes at certain times of the year. Rabbi Samson Raphael Hirsch (1808-1888) argues that tevuah is related to bringing because it is the choicest type of produce – the type that a farmer would want to bring into his house.

5) According to Rabbi Wertheimer, “dagan” refers specifically to the five grains (simplistically speaking, wheat, barley, oats, spelt, and rye), and only after they have been ripened, reaped, and put into a smooth pile (see Rashi to Brachos 47b). Interestingly, Rabbi Yehuda HaChassid notes that “dagan” in gematria equals “ochel” (both amount to 57).

7) Rabbi Pappenheim explains that bet-reish, the two-letter root of “bar,” denotes separation or exclusion. Thus, “bar” also means son because a child is separated from his mother’s body via childbirth. Similarly, “bor”/“borit” is a cleaning agent used to separate filth, and “bari”/“barah” refers to a sort of clarity/certainty by which all other options have been conclusively excluded/separated. In terms of food, “bar” refers to grains that have already been separated from their chaff.

Rabbi Yitzchok of Volozhin (1780-1849) writes that “bar” literally means chosen or refined because it denotes grain without chaff (see also Nachmanides to Gen. 41:49).

In the King James Version of the Bible, “bar” is translated as “corn.” However, this word does not refer to that yellow stuff commonly found on the cob. Rather, the English word “corn” originally meant “grain with the seed still inside,” and commonly referred to whatever staple grain was used in a given location. After the discovery of the Americas, the word “corn” eventually becomes almost exclusively associated with what we colloquially call “corn.”

8) “Shever” seems to come from the root shin-bet-reish, which means breaking. The Meiri (to Proverbs 10:3) and the Radak (to Amos 8:5, Genesis 41:56, and in Sefer HaShorashim) explain that produce is called “shever” because it breaks the famine (just breakfast breaks our nightly fast, notes Rabbi Yechezkel Weinfeld of Ramat Eshkol). Most instances of this word in the Bible occur in the story of Joseph and his brothers in Egypt, which revolves around a famine.

Rabbeinu Bachaya, Menachem Ibn Saruk, and Peirush HaRokeach all write that “shever” refers to food that is bought. Rabbeinu Bachaya even writes that “shever” implies a sale. This meaning is seen in Rabbinic Hebrew, where “shover” means receipt, which attests to payment and thus breaks a litigant’s ability to claim a debt. In Modern Hebrew, “shover” means voucher while “kabbalah” means receipt.

Interestingly, Targum Onkelos translates “shever,” “ochel,” “bar,” and “dagan” into the same Aramaic word, “avur” (which has a Hebrew form that appears in Joshua 5:11). Targum Yonatan to Amos 8:5 also doesn’t differentiate between “shever” and “bar,” translating both as “avur.” 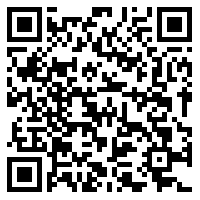