I don’t usually write about pop culture or sports. I tend to focus on Torah, Israel issues and Jewish values. Yet this week I had to change topics. I’ve been disturbed by some of the discussions surrounding two Orthodox Jewish baseball stars drafted to the Major Leagues and the infamous Netflix show “My Unorthodox Life.”

Jews have just finished commemorating the three weeks of mourning over our 2,000-year-old state of exile. The exile was largely brought on by divisions among our people. Not long ago we commemorated the mourning of Rebbe Akiva’s students who died for not showing each other respect. This is to add to our recent catastrophes of Covid, Meron, Surfside and a war with Hamas.


We need to stop judging other Jews. We have no right to discuss other Jews’ observance of mitzvot. Even if the public nature of certain statements doesn’t meet the technical criteria of violating loshon hara, it is division without purpose. The justification that the players are setting an example for our children isn’t valid. It is every parent’s right to talk privately with their child about their family’s values and balancing modern values with Torah practice. It is not your right to publicly discuss other people’s observance.

I’m an educator of students age 14-24. Although I write for an audience that includes people of all ages, I tend to look at events with my younger students in mind. It is these students that our community worries about abandoning Torah (going “off the derech”). Teenagers go off the derech, or never get on it (which is a much more accurate description) because they aren’t inspired by Judaism, Torah and our community’s values. Younger people learn more from praise than criticism – they are turned off by pessimism, cynicism and negativity. They want positive messages of role models to emulate. Jewish pride turns our children on to Judaism.

An entire generation of Jews gained pride in their Judaism and were inspired to observe Yom Kippur because Sandy Koufax refused to pitch on Yom Kippur. The two Orthodox baseball players drafted last week, Jacob Steinmetz and Elie Kligman, will inspire our children to love davening, kashrut, tefillin, etc. When we are proud of Jews, our pride inspires our children to draw close to Judaism. Once they’re attracted to Judaism they’re willing to listen to adults about Torah, halacha and Jewish values. When parents denigrate other Jews, it makes teenagers not want to be Jewish.

There were countless articles, blogs and posts written about Netflix’s new show “My Unorthodox Life.” I saw very little written on the baseball stars and their love of Torah. It was pathetic that many (although thankfully not most) of the posts and blogs about the baseball players were critical. Many good-hearted people were worried about possible chilul Shabbat. Our community put Jewish public figures through the microscope to check their frumkeit with Jared Kushner and Ivanka Trump five years ago. Not one of my students came to me and said, “I’ve been inspired by the observant community’s scrutiny of the Kushner’s Torah observance.” I did hear plenty of students asking me why Jews were judging other Jews’ Torah observance when it was none of their business.

Our community has a nasty habit of focusing on the negative. Our praise-to-critique ratio is dismal. We find it much easier to critique than to praise, and this must change. Tisha B’Av was just this past Sunday. To ensure next year’s Tisha B’Av is observed as a mournful fast, the Beit HaMikdash isn’t rebuilt, and this and next generation remains in exile, we should keep disparaging other Jews and their Torah observance. If we want to celebrate the new Beit HaMikdash and end of the exile next Tisha B’Av, we need to stop writing about Julia Haart and start to write more about Torah scholars, chesed organizations, their volunteers, Jacob Steinmetz and Elie Kligman, and even Julia Haart’s son! 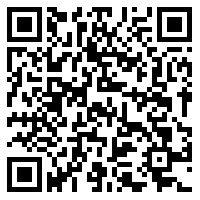