I know many liberals, in Israel and outside of it, who are Zionists and care deeply about Israel. There are many liberals who I am sure, if Zionist feelings could be measured, would rate higher than me on the love of Israel scale. Calling liberals anti-Israel or anti-Semitic is inaccurate. Lumping all liberals together as followers of progressive elected officials and their anti-Israel positions is a mistake.


Progressive and liberal political thought both lean left, but they are not the same in their values or ideals. They ascribe to two different political philosophies, and grouping them together is just as ignorant as grouping libertarian and conservatives together. Progressives work hard to change the current systems, mostly to right the imbalances of power – as they understand them. Progressives perceive Palestinians as just and righteous victims because they have less power than Israel. They perceive Israel as immoral and oppressive because they have more power than Palestinians.

Liberals don’t subscribe to that same equation. Liberals want everyone to be treated equal, and the poor given additional help to overcome the societal challenges they face. Liberals want to help the Palestinians because they need help, not because they are victims of Israeli oppression. Liberal Democrats want the best for Israel, and they should not be conflated with anti-Israel progressives. Liberal Democrats in Congress are Pro-Israel, and while they might not show as much support as President Trump, they should be included as friends.

Zionism is the political movement to secure the Jewish people’s right to self-determination in their historic homeland. For 2,000 years the Jews were wandering exiles, moving from country to country, at times settling – but always temporarily. The Jews deserved to return to their homeland, and liberals, starting with President Harry Truman, recognized their right to the land of Israel. There is nothing about liberalism and Zionism that makes them mutually exclusive. In fact, many liberals argue that liberalism and Zionism are consistent with each other.

When asking liberal Zionists what differentiates their approach to Zionism from other streams of Zionism, many pointed to social issues like welfare, women’s rights and healthcare, but these are issues that aren’t exclusive to Zionism. When pressed for Zionist issues that separate liberals from other Zionists, the most frequent answers I received were support for the two-state solution to end the Israeli-Palestinian conflict, the need for an Iran nuclear deal, and a pluralistic approach to religion in Israel.

I disagree with the liberal approach to these three positions and think supporting any of them is dangerous and unhealthy to Israel. At the same time, I can’t know with certainty my position is correct. Maybe their ideas will be better for Israel in the long run. Without prophecy, neither side can state with certainty they’re correct. It is also absurd to state that liberal positions are anti-Israel. Judaism has a rich culture of eilu-v’eilu, where we consider multiple opinions without canceling any of them.

On the liberal side of the aisle in the American Congress, many of Israel’s greatest friends can be found. These are elected representatives who have written, sponsored and pushed through the most important Israel supporting legislation ever passed. To demonize the Democratic party as anti-Israel without the nuanced approach of recognizing friends in the party is insincere.

To look at liberal Zionism through the lens of only the three areas of disagreement is a shallow approach to the topic. The most left-wing liberal Zionist and the most right-wing conservative Zionist agree on far more areas than they disagree. Each side of the political spectrum must advocate for the positions they feel are best for Israel’s future, but the pro-Israel community needs to focus on the issues that unite us more than the issues that divide us. 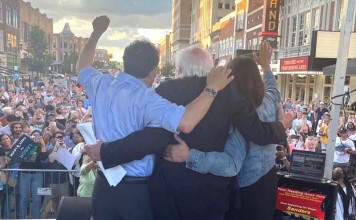 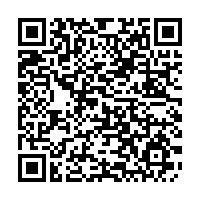