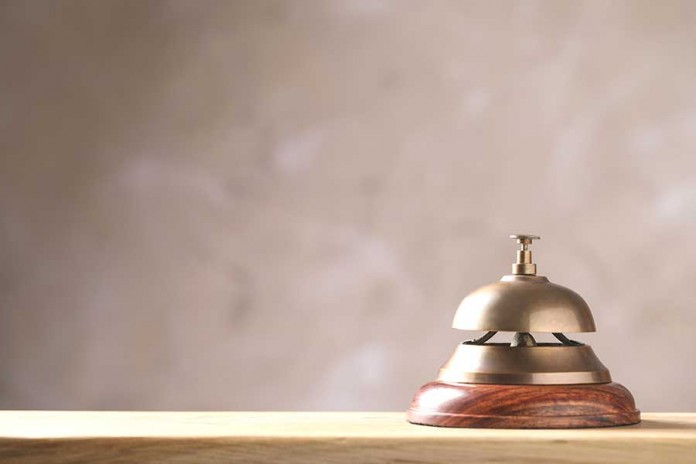 The patriarch Abraham is often praised for his superlative dedication to hachnasat orchim, literally translated as “bringing in guests.” In this essay, we discuss several different terms for “guests” in Hebrew, including the Biblical Hebrew word oreach and the later words ushpiz and achsanai.

Rabbi Shlomo Pappenheim of Breslau (1740-1814) traces the words oreach, orach, orcha, and aruchah to the biliteral root reish-chet, whose core meaning he sees as “air/space.” Other common words derived from this root according to Rabbi Pappenheim’s classification system include revach (“open space/area”), ruach (“wind,” a movement of air), reyach (“smell,” because smell travel in the air), yareyach (“moon,” whose movements somehow control the tides and winds), and memareach (“smoothing/spreading,” an act which squeezes out the air). In line with this, Rabbi Pappenheim explains that orach relates to this two-letter root because it denotes a wide road or path that has much revach, width (ie. space). Similar to Radak and the others cited above, he explains that an oreach is called so because he travels on an orach, adding that an arucha is a special meal served or hosted in honor of an oreach.

Let’s turn to the word ushpiz. In Talmudic Aramaic, ushpiz typically refers to a host, while in Zoharic Aramaic ushpiz usually refers to a guest. Most famously, the Zohar (Emor 103b) refers to seven ushpizin whose presence grace our sukkah on the holiday of Sukkot.

Even in the Talmud itself, the words cognate with ushpiz have multiple meanings. For example, the word ushpiza can mean “[male] host” (see Rashi and Rabbeinu Chananel to Bava Metzia 24a), “female hostess” (Rashi to Shabbos 140b), and even “guest” (Rashi to Eruvin 53b).

Rabbi Dr. Alexander Kohut (1842-1894), Rabbi Dr. Ernest Klein (1899-1983), Rabbi Yaakov Chaim Sofer, and others understands that in Talmudic parlance, the term ushpizchan refers to the “host” (see Rashi to Beitzah 4a), while ushpiz refers to the “guest.”

In contrast, Rabbi Shmuel Krauss (1866-1948) and Rabbi Yitzchak Avineri (1900-1977) argue that ushpiz in the Talmud never means “guest,” but could sometimes mean “a guest’s accommodations.” They argue that the “guest” meaning is only a later development reflected in the Zohar’s parlance. Perhaps all of this actually results from non-expert copyists who introduced errors into the way these words are spelled in the Talmud that obscure the exact meanings of similar variations?

The Talmud (Eruvin 53b), as explained by Rashi (there), offers a play on the word ushphiz as though it were a portmanteau of the Hebrew phrase that a guest might use to describe his host: ush/ish pi zo chai (“the man by whom this mouth lives”). However, Tosafot note there in the name of Rabbeinu Chananel that the word ushpiz is simply Aramaic and is not etymologically derived from that Hebrew phrase.

Rabbi Eliyahu HaBachur (1469-1549) in Sefer Tishbi writes that the word ushpiz (which he vocalizes as ashpaz) derives from the Latin hospes (which is the etymon of such English words as hospitality, hospice, hospital, hospitaller). According to modern linguists, this Latin word apparently derives from the proto-Italic hospitpotis (“the master of the guest”). It is also said to be related to the Latin word hostis (“stranger/enemy”), which is the antecedent of the English hostile and hostage. Others, including Rabbi Shmuel Krauss, argue that ushpaz is not derived from Latin, but from Old Persian, where the word aspanj means “inn.” Either way, HaBachur notes that the word ushpiz refers to both a “hotel” and also to a “guest” who uses such temporary lodgings. (In Modern Hebrew, ishpuz means “hospitalization.”)

Interestingly, Rabbi Yaakov Emden (1697-1776) argues for a Hebrew etymology of the word ushpiz in the sense of “host” by explaining it as a portmanteau of the Hebrew phrase yesh po zin (“there is sustenance here”). Rabbi Shimon Yehuda Leib Goldblit, an early 20th century exegete, similarly parses the word ushpaz (in the sense of “guest”) as a portmanteau of the Hebrew words ish (“man”) and paz (“gold”) – a complimentary way of referring to one’s guests. He uses this idea to explain why the Zohar insists on using the non-Hebrew word ushpizin in reference to the seven righteous men who are said to visit on Sukkot, instead of using the Hebrew term orchim. Ushpizin carries this positive, complimentary connotation, the Zohar preferred to refer to those righteous men with that term rather than the seemingly more neutral Hebrew term orchim.

In the Book of Daniel, Ashpenaz is the name of an officer charged by the Babylonian king with bringing Jewish children from the Davidic family to the Babylonian court (Dan. 1:3). Although Ashpenaz seems to be a proper name, Ludwig Koehler and Walter Baumgartner in their lexicon of Biblical Hebrew/Aramaic actually understand it as a title that means something like “chief of the household” or “landlord.” Thus, the term ashpenaz seems to be related to the later ushpiz, with the appearance of an extra nun (as often happens) as the penultimate letter. According to the Sefer Yuchasin‘s version of Taanit 24b (see Dikdukei Sofrim there), the Amoraic sage Rav Nachman’s mother was named Ushpiztay, which is also likely related to ushpiz.

Ibn Janach explicitly translates the Hebrew oreach into the Rabbinic term achsanai. This word for “guest” appears twice in the Mishna (Demai 3:1, Chullin 8:2) and at least once in Targum (to Job 31:32). This word also appears countless times throughout the Talmud and Midrashim.

Rashi (to Genesis 13:3) relates that when Abraham made the return trip from Egypt back to the Holy Land, he stopped at the same lodgings as when he traveled from the Holy Land to Egypt. From this, the Talmud (Arachin 16b) derives the notion that one should not change one’s achsanyah on separate journeys, ostensibly so as to not insult one’s original hosts by using somebody else next time.

Rabbi Avi Kobernick sees the word achsanyah as derived from the Hebrew root kaf-samech-nun, which he sees as related to its metathesized counterparts kaf-nun-samech (“gathering” or “entering”), samech-kaf-nun (“storage”), and nun-kaf-samech (“property”). By comparing these roots, he explains that achsanyah implies “gathering” in wayfarers, vagrants, and other visitors by giving them a place (“property”) where they can be temporarily housed (“stored”).

A time-honored Jewish custom is that when a guest is offered a chance to speak, he begins his presentation by recognizing and thanking his hosts (“potchim b’kvod achsanyah,” Brachot 63b). In the context of that custom, Rashi (there) invokes the term “machnisei orchim” to define achsanyah, thus alluding to a connection between kaf-samech-nun and kaf-nun-samech as Rabbi Kobernick posited.

Interestingly, Rashi (to Numbers 20:17) uses the words achsanai and usphiz in the same comment. He writes that the Torah teaches an achsanai (“guest”) should make a point of buying provisions from local business – one’s ushpiz, “host” – even if one anyways has enough to provisions to last without needing to do so (see also Bamidbar Rabbah §19:15 and Midrash Tanchuma Chukas §12). 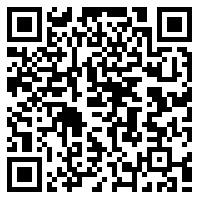