David Morell, the IDF soldier who was shot and wounded on October 8th, in the Shuafat terror attack in which Noa Lazar was murdered was released from the hospital this week. The soldier arrived at the hospital in critical condition from the attack.

Tamar Aharon, the 13-year-old girl who was shot in the head in Kiryat Arba by Arab gunfire on November 3rd, has been released from Hadassah hospital on Wednesday. The hospital reports that she is in good condition. 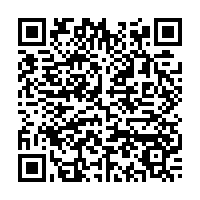