The Torah uses three different words to refer to Rivkah as a girl: “naarah,” “betulah,” and “almah.”

The Talmud (Kesubos39a) defines “naarah” as a girl from the age of 12 until six months after she reaches physical maturity. Apparently, then, “naar” would denote a 13-year-old boy. Indeed, Rashi (to Genesis 25:27) explains that the Torah refers to Jacob and Esau as “ne’arim” because they were 13 at the time. And Ishmael is called a “naar” when the angels visited Abraham because he too was 13.


Yet, the Bible uses the words “naar” and “naarah” many times to refer to boys and girls who are either younger or older than 12 and 13. Rivkah, for example was either three (Seder Olam ch. 1) or 14 (Sifrei to Deuteronomy 33:21) when Eliezer chose her as Isaac’s wife, yet the Torah calls her a “naarah.”

When the Torah calls the 17-year-old Joseph a “naar,” Rashi comments that Joseph used to engage in childlike activities like fixing his hair and tending to his eyes. In other words, as Rabbi Eliyahu Mizrachi (1455-1526) writes, the Torah is not branding Joseph a “naar”; rather, it is describing his behavior as naar-like.

Rabbi Mizrachi explains that Rehoboam was called a naar at 41 because he was immature and had weak leadership skills; Joseph was called a naar at 30 because Pharaoh’s butler wanted to disparage him and imply that he wasn’t worthy of the greatness that awaited him (as Rashi writes); Benjamin and Absalom were both called naar at more advanced ages because, vis-à-vis their fathers, they were always going to be considered boys; and Joshua was called a naar in his late 50s (in the context of him serving Moses) because this word is appropriate for anyone who functions as a servant (Radak to Joshua 6:23 also makes this point).

As for baby Moses: He was called a naar either because his voice sounded like that of a naar or because his mother enclosed him in a basket with a sort of mini-wedding canopy that would be expected of an actual naar because she anticipated missing his wedding day (see Sotah12b).

With this information in hand, we can now consider why the Torah calls Rivkah both “naarah” and “almah.” The Ibn Ezra (to Song of Songs 1:3) explains that an almah is younger than a naarah. Accordingly, perhaps Rivkah’s physical age was that of an almah but her maturity and/or spiritual stature was on par with that of a naarah. (This understanding works best if Rivkah was three years old at the time.)

According to many commentators, “elem”/“almah” is related to “eilum”/“ne’elam,” which mean hidden. Rabbi Samson Raphael Hirsch (to Genesis 13:15) explains that “elem” denotes a young naar who has not matured/developed yet such that his potential remains hidden and unrealized.

Peirush HaRokeach points out that throughout the story of David and Jonathan’s secret pact, the lad who serves as their go-between is called a “naar” (see I Samuel 20:1-42), but in one instance he is referred to as an “elem” (ibid., 20:22) in allusion to their need to keep their pact hidden from King Saul.

Peirush HaRokeach explains that “almah” denotes a girl who is less outgoing than a naarah. Accordingly, Rivkah may have already reached the age of naarah and perhaps even advanced beyond it (if she was 14), yet she was still an almah because she was hidden from other people. Indeed, she was such an innocent and sheltered damsel that she had never even been propositioned before – which apparently was uncommon at the time.

Rabbeinu Efrayim b. Shimshon (to Gen. 24:43) explains that “almah” (as Rivkah was called) and “elem” (as King David was called – I Samuel 17:56) denote a person who hides his words, which is typically a sign of wisdom. Thus, “naarah” might describe Rebecca’s physical age while “almah” relates more to her intelligence.

Rabbi Shimon Dov Ber Analak of Siedlce (1848-1907) explains that the two terms in question refer to two qualities characteristic of adolescents. “Naar” relates to the young adults’ tenacious industriousness, which gives them the resolve to shake off (l’na’er) anything that gets in their way, while “elem” relates to adolescents’ strength. (“Alim” [with an aleph] is actually the standard Targumic rendering of “ometz”/“amitz” [strong or resilient].)

The Chizkuni (to Gen. 24:44) contends that “naarah” and “almah” carry exactly the same meaning, but “naarah” is a Hebrew word while “almah” is an Aramaic one. He explains that Rivkah is first called a “naarah” because the Torah is primarily written in Hebrew. In speaking with Rivkah’s family, though, Eliezer refers to her as an “almah” because he thought they only understood Aramaic (because they lived in Harran, which is in Aram, where Aramaic was spoken).

The Chizkuni points out that Rivkah’s family actually did speak Hebrew, however, because when the question of her leaving with Eliezer arose, her brother and mother refer to her as a naarah (Genesis 24:57).

Another girl in the Bible referred to as an “almah” is Miriam, who watched over her younger brother after he was put into the Nile. She was six at the time (Shemos Rabbah 1:13), which is apparently a bit young for the term “almah” to be appropriate since the Talmud (Sotah 12b) feels the need to seek out exegetical explanations for the use of this appellation. It explains that she is called “almah” in this context because she hid the fact that she was Moses’ sister or because she acted with the strength and vigor expected of an older girl. 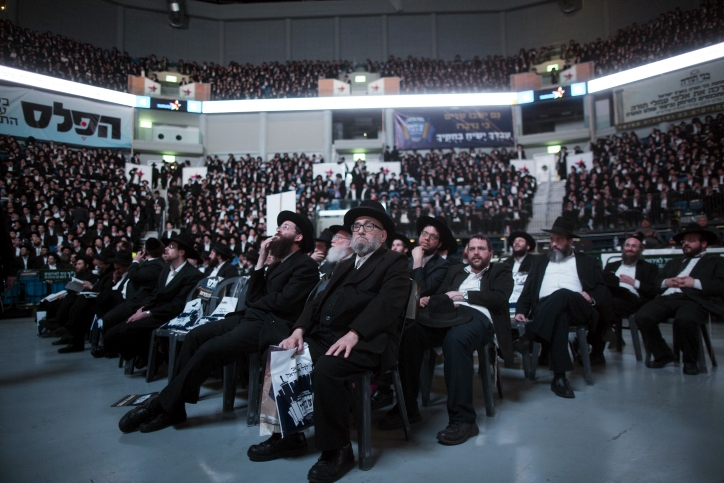