In Israel, entering kita alef (first grade) is a big deal. It marks the end of one’s gan (pres-school) years and the beginning of one’s journey in the real school system. Mention to any Israeli that you have a child beginning first grade and he or she is likely to literally break into song: “Olim, olim, olim, olim likita alef!” (“Rising, rising, rising to 1st grade!”).

Understandably, my son was a bit nervous about entering first grade. New school, new classmates, new teacher – it’s a lot for a six-year-old to process. While he had successfully navigated the couple of months we had squeezed out of gan here after our move, this would be more of a challenge.

The focus of the school would no longer be play and social skills, but rather reading, writing, and math – subjects that would be taught entirely in Hebrew, a language my son was just beginning to grasp. Not to mention he would also be navigating an impressive limudei kodesh curriculum of Tanach, Mishnah, and halacha.

Knowing the many of the hurdles he was likely to face in school, I was anxious for him and was determined to do whatever I could to help. A wonderful more experienced olah mom set up a WhatsApp group titled “Kita Alef-Group Therapy” for six English-speaking moms like myself who were sending a child to kita alef at my son’s school for the first time.

The group has been immensely helpful. They assisted me in deciphering the pages-long supply sheet and set me straight when I purchased the wrong items. (Apparently a kalmar is a very specific kind of pencil case, which contains at least two separate zippered compartments to keep general school supplies neatly organized. One must be careful not to mix it up with the tikiyut achson, a larger pencil case with only one zipper, which is used to store math supplies.)

The moms also set up an outdoor play date for the kids to help them find new friends before classes began (though perhaps it was more for the parents than for the kids). While sadly none of these amazing moms have kids in my son’s class (the school has three kita alef classes), they are still always there to help me through the daily questions that are sure to arise.

As the morning of day 1 of kita alef broke, we were out of bed early and roaring to go. My son was decked out in his new t-shirt, proudly stamped with his school logo. His kal gav knapsack was overstuffed with the books and pencil cases we had packed the night before.

As I approached the school along with tens of other children and parents (each child was allowed to come with one masked parent), the excitement was palpable. The principal stood at the gate of the school, greeting each child with an elbow bump and a smile. A couple of children stood by her side and handed out school flags and taffies bearing mazal tov labels. Giant blown-up balloon people (like you see outside a car wash) welcomed the students with a big wave.

The misiba continued as we entered the building. Kitot bet and gimmel (second and third graders) were lined up on either side of our pathway leading to an archway of balloons. The older kids sang, danced, waved school flags, and shouted berachot to the newbies as we crossed.

By the time we made our way through the crowd and into the quiet classroom, I think our heads were spinning. The first day of kita alef was certainly a chavaya (a special experience) we would remember for a long time.

Before the school year began, I had contacted my son’s morah to warn her of his recent oleh status and incomplete knowledge of Hebrew. She reassured me that he would be fine – and indeed he has been. Despite not understanding everything, he appears to be following along with his lessons and completing his assignments without too much trouble.

While there are a couple dobrei anglit (English speakers) in the class, he has learned that you can play with others even if you can’t understand them. I simply don’t have the words – in English or Hebrew – to convey how proud I am of his handling of this huge challenge. He really is an aluf (champion).

Perhaps instead of warning the teacher about my son’s Hebrew, I should have warned her about my own. Though I have religiously checked my son’s class schedule and supply list nightly, I have already received multiple messages from the teacher about sending the wrong notebooks or supplies. It seems that I still have a lot to learn (and more need for the Kita Alef-Group Therapy moms). 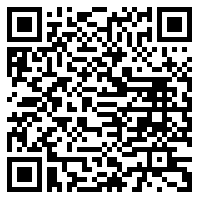